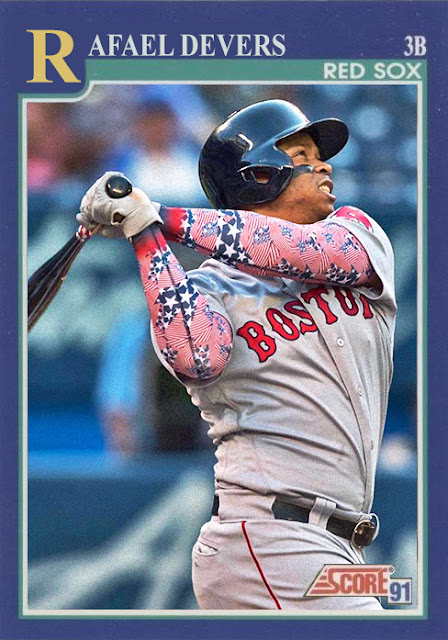 [Music Pun Streak #5. Never said all of these would be highbrow]

The AL Wild Card race has sort of come down to four teams, and what's funny is that two of them, the Red Sox and Indians, were more overdogs last year rather than WC faves. A's and Rays...this isn't new to them. They were in this same wild goose chase last year.

The Sox...are angry. Which is something you really don't want from them. They have a solid lineup, they've cut loose anyone that isn't working (Nunez, Thornburg and Swihart were cut, Jeremy Bleich was traded), and have the most polished, best versions of themselves they could have possibly concocted after a World Series win.

...and they're in third place. Behind the Rays.

It's got to be frustrating, especially as Rafael Devers and Mookie Betts are having great seasons, and Chris Sale and David Price have gained so much momentum. They're 8-6 since the ASG break, which...while okay, isn't especially the sort of racing start they needed. They went and got Andrew Cashner, as they're technically competitors, but Cashner has a 7.36 ERA in his first two starts, almost as if he's better playing for teams that aren't in the spotlight or something. Porcello's pretty spent in the last starter spot, and Eovaldi apparently isn't an option as a starter anymore (????). The bullpen is still vaguely a mess, and Jackie Bradley is only off the hook because the team found someone who can strike out more times than he can (Michael Chavis).

As much as this team is trying to be a part of the conversation...they're still very flawed. And unless the Sox make some big move (which, honestly they could), they will continue to be flawed.