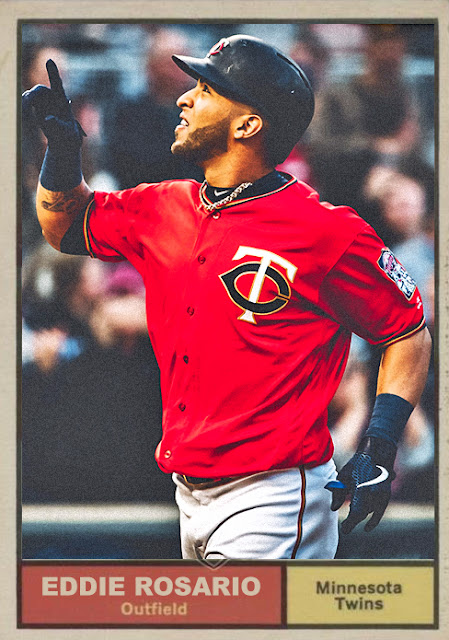 And now they're on pace for 60 wins before the All Star Break, they've cobbled together a great team out of an exemplary farm system and cheap contracts, and they're one of the best teams in baseball.

Part of the appeal of this team is that fact that Eddie Rosario, who was doing the brunt of the work last year, isn't spread so thin this year. There's a whole outfield of people who can help him out; Max Kepler had a streak going recently, Byron Buxton's having his best season to date, and guys like Ehire Adrianza and Jake Cave have done fine picking up the slack off the bench (which they'll have to now, seeing as Rosario just landed on the IL).

You also get comeback performances from Jorge Polanco, Jonathan Schoop, Martin Perez and Jake Odorizzi fueling the hell out of this team, and all of them couldn't be more likable. This is also the point where I note that only one Twins starter doesn't have 10 'bombas', and that's Byron Buxton, who has 9. Everybody else has 10 and above, with Kepler sitting on 21.

It's fantastic to see this team surging, and it's refreshing to see a non-Indians team running the AL Central. Despite their push of power, I do think a team like this would be a dark horse in a playoff scenario also featuring the Astros and Yankees, but considering the amount of power this team can hit even on a bad day, I wouldn't be too pessimistic.