20 Years Later, is This the Mariners Team? 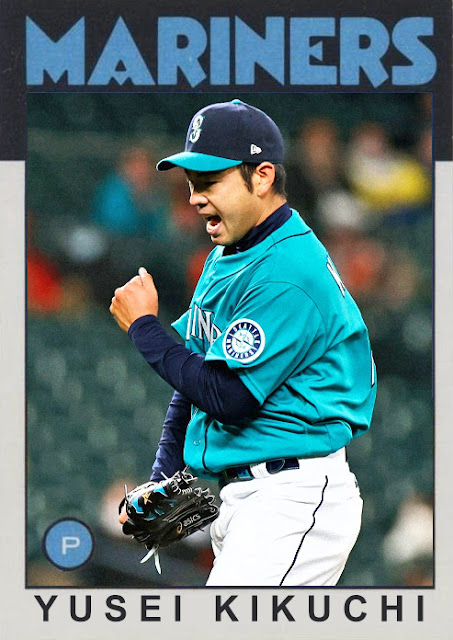 Right. Let's talk about the 2001 Mariners for a second.

The 2001 Mariners, as it is well-noted, finished 116-46, blazing through expectations and becoming a league threat in a matter of seconds. This was also the last time they made the playoffs. They made it to an ALCS, and were bounced pretty ceremoniously by the red-hot Yankees, and they haven't been back since.

The interesting thing about the 2001 team is that they were a few years removed from three of their all-time performers leaving. Randy Johnson had left in 1998, Ken Griffey left prior to the 2000 season, and Alex Rodriguez left for Texas right before the 2001 season. And their response to the loss of three team hall of famers was to have even more wins in a season than they did with all 3 of them on the roster. Which is pretty incredible.

The other important thing about this team was how so much came together at once. 2001 was Ichiro Suzuki's rookie season, Carlos Guillen's first season as a starter, John Olerud and Bret Boone's first seasons in Seattle, and the second or third season for big pieces like Mike Cameron, Kasuhiro Sasaki and Freddy Garcia. It didn't all happen overnight, but the rollout worked, the trade pieces paid off, and the core of this team succeeded together. Until, like, it all fell apart.

So flash forward 20 years. The three heroes of these recent Mariners team, being Felix Hernandez, Nelson Cruz and Robinson Cano, are elsewhere. The previous year's rookie of the year is on this team, being Kyle Lewis in this case, and a number of young second or third year players are in full force right now, being J.P. Crawford, Justin Dunn, Ty France and Sam Haggerty. The pieces that have stuck around from the big teams, like Kyle Seager and Mitch Haniger, are working really damn well right now. There's even a highly-touted rookie that's making waves, that being Taylor Trammell, and even a guy nobody has heard of providing excellent numbers, in this case Chris Flexen.

So, I say this earnestly- is this eerily-2001-esque tactic to make this team good again...successful? Could this actually work?

I'm not 100% convinced yet, but there's more to say about this Mariners team than there has been about the last few. This team is succeeding where a lot of big AL West teams are failing right now, and have more big-game players than most. Kyle Seager, Mitch Haniger and Ty France are absolutely killing it right now. Chris Flexen and Justin Dunn are making up for high-ERA turns from Yusei Kikuchi and Marco Gonzales. They're not perfect right now, but they've had some nice turns and could keep things going into the next month or so.

It's really only a matter of whether or not the Mariners have the strength to keep the momentum going into September. They haven't been able to for 20 years. Is this the one?

Coming Tomorrow- Second baseman for a team that's 2nd in the NL West. Not the one we were thinking, eh?