What Are the Tigers Baddoo-ing? 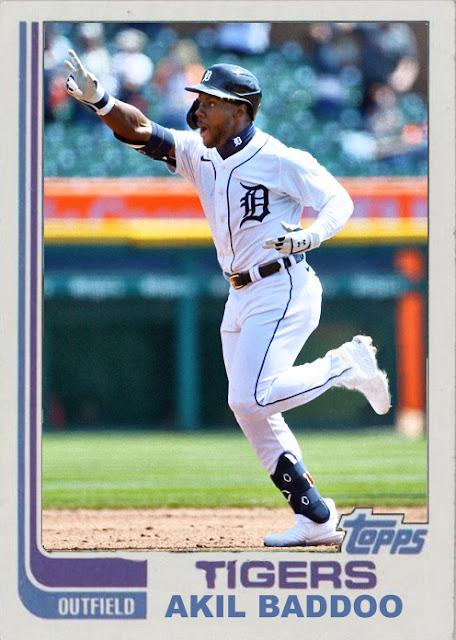 Now that the Rays are now mainstream and boring again, the mantle of 'strangest team in the majors' has fallen to the Detroit Tigers. The best way I can describe this Tigers team is a series of unrelated youth movements arguing with each other for dominance.

If a team rolls out a youth movement correctly, like the mid-2010s Royals and Cubs teams, then you only really notice it when it dries up. You get your immediate pieces, like Eric Hosmer and Anthony Rizzo, and then next the slow drip of supplemental pieces, like Salvador Perez and Javier Baez, until the point where after the ring has been won the youth that keeps coming still feels like it's part of the same movement, like Whit Merrifield and Ian Happ. Just one conscious statement that keeps going until the next one takes over.

The Tigers haven't been good since the mid-part of the decade, so they haven't exactly succeeded at this. The last of the previous youth movement sort of died out when Nick Castellanos was traded, but even as Matt Boyd and Michael Fulmer remain, they've been sort of grandfathered into the veteran stage of the team. Then around 2018 they sort of started a trickle of a youth movement with JaCoby Jones, Niko Goodrum and Joe Jimenez, and then...nothing happened.

So last year they sort of abandoned the gradual plan and just started throwing out young players and saw which ones stuck. And that's how you had people like Victor Reyes, Willi Castro, Harold Castro, Travis Demeritte, Daz Cameron and Derek Hill fighting with each other of the course of the entire season for roster spots that weren't exactly being claimed by veterans.

Which leads to this current incarnation of the team. NOW the Tigers get the idea to flood the roster with veterans like Robbie Grossman, Nomar Mazara and Renato Nunez, in addition to the Castros [neither of whom are hitting right now] and Victor Reyes [who also isn't hitting]. Which means, ONCE AGAIN the youth movement has been negated in favor of veteran presence, meaning that rollout may have been for nothing as well. Beautiful.

Even moreso, the Tigers have decided to bring up an entirely new element to the team in the form of Akil Baddoo, the hard-hitting and youthful outfield prospect who's currently hitting .291 and leading the team in RBIs. Baddoo has been a breath of fresh air, and has taken some of the sting out of Cabrera's injury. But he's also nullifying some of the previous 'young, fresh stars'. Heck, Cameron and Hill are back in the minors. What made them so urgently needed last year and not-so-urgently-needed now, and what makes Badooo not a priority in 2020 but a priority in 2021? It can't be as simple as 'well this kid has hustle now'.

The only place the gradual youth movement strategy is actually working is in the rotation. Casey Mize is FINALLY pitching like he was touted to, Matt Boyd is having a comeback season, Tarik Skubal is shaking off some early woes, and Jose Urena and Derek Holland also exist. The pitching isn't perfect, a lot like the rest of the team, but it's operating the way a normal progression should- with no overlapping.

The Tigers are in last right now, and with the upward progression of the rest of the division, they will likely stay there. I hope we have a better idea of the operations of this team by September, because this is just messy.

Coming Tomorrow- And speaking of hot messes, what exactly are we to make of that team on the other side of Pennsylvania?