Is It Too Late Now to Say Sorry? 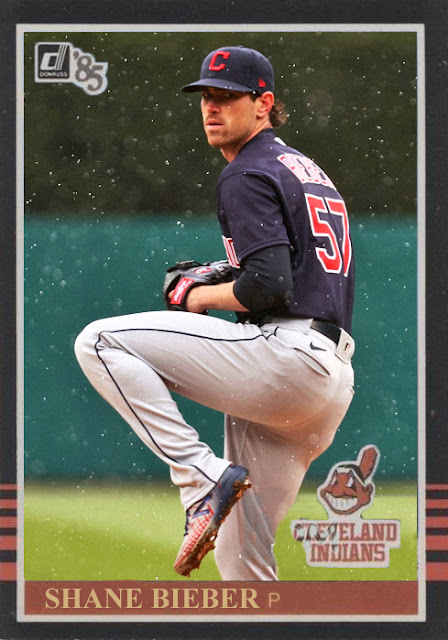 [I swear, I am gonna keep doing this as long as I have enough relevant Bieber song titles]

Corey Kluber took two years to really find his strike zone, rather than getting there pretty immediately like Bieber did. Shane Bieber was a product of the Indians farm system while Kluber landed there thanks to a trade for Jake Westbrook [he was brought up as a Padres prospect]. Kluber hit his first Cy Young in his late 20s while Bieber was 25 [shit, he's MY AGE].

The biggest difference between them is that through the prime years, Kluber at least had one human streak, mostly in 2015 when he led the American League in losses immediately after winning his Cy Young. He was still on point as far as strikeouts and ERA were concerned, but he wasn't winning games. Pretty much every season around that one, he won 18 or more games, so it's not a huge loss, but he still had moments where he wasn't one of the best. Bieber has been in the league since 2018 and he hasn't really had many of those. Every season he's had a positive W/L ratio, he's never had an ERA higher than 5, and has just gradually gotten better. He's had 12 strikeouts in EACH of his two starts so far this season.

Meanwhile, Corey Kluber is out of his prime and hasn't won a game yet for the Yankees. Meaning that in 2028 or whatever, BBWAA guys are gonna have to decide if the period from 2014 to 2018 is enough to base a Hall of Fame career around.

Bieber right now is the right guy to base a rotation around. He's young, he's on fire, he's healthy, and he's among the best in the league. The Indians seem to be doing alright thus far, and they've managed to wrangle people like Zach Plesac, Aaron Civale, Triston McKenzie and John Cena's homeboy Logan Allen together to have a pretty cohesive unit so far. Civale and Plesac are currently having bigger starts than Bieber solely because the lineup has shown up for theirs. Jose Ramirez, Roberto Perez and Franmil Reyes are the ones having the big seasons while Andres Gimenez and Eddie Rosario race to catch up. They're currently higher in the standings than the White Sox, but...as I've said a million times, it's early.

We'll just have to see how league-best Bieber fares in a 162-game season. And if it does anything for Cleveland.