The Clock Strikes Midnight in Miami 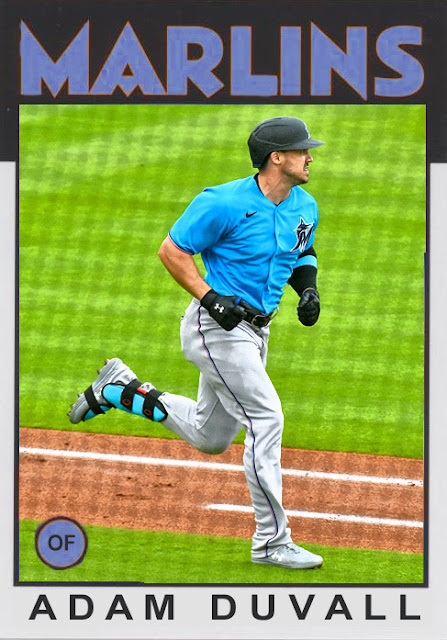 The Miami Marlins surprised lots of people last season by making the playoffs and taking down the Chicago Cubs in order to get eliminated by the Braves. The fact that the Marlins could make October and win a playoff series was unheard of, as they hadn't even made the playoffs since 2003.

Now, it's a new year, a new NL East, and already it's not looking great.

The first week or so of the season, the Marlins only had two NL East opponents to worry about, the Braves and Phillies. However, they had to play the Rays for their first series of the season and dropped all but one game to them, with their bullpen struggling mightily against the terrifying Rays lineup. Meanwhile, the Phillies swept the Braves. So they went into last night, with four teams in the division thanks to the Mets being out of Nats jail, second in the division and now are looking at around third.

And now the Nationals are toe-to-toe with the Braves so they might fall further.

The issue is that all four of the NL East rivals might be looking at being good this year. The Nats and Phils might be lower-key, but the Braves and Mets intend to compete. Meanwhile, the Marlins are struggling to get people like Adam Duvall, Corey Dickerson and Brian Anderson to start hitting, and they already have several relievers that haven't been able to keep runs down [even competent guys like Richard Bleier, Anthony Bass and John Curtiss].

If they're gonna pull this stuff all season, they need to decide now rather than get their fans excited. Because even with a lot of the pieces that made last year great, like Anderson, Starling Marte, Jesus Aguilar and Pablo Lopez, I don't know if they have the full momentum that made them a factor in the first place. Look, they have two starters that I fully trust right now, Lopez and Sandy Alcantara, and they have to rely on people like Trevor Rogers, Daniel Castano and, I'm assuming, Nick Neidert until Sixto Sanchez comes back, and they just don't seem to have the rotation strength, or even bullpen strength, they had last year.

They finish this series with St. Louis, which I'm guessing won't end very well for them, and they go home to play the Mets, who I'm still trying to figure out, especially after blowing a deGrom start against Philly last night. They need to convince me, and people, that they can still be a factor in the NL East this year, because I'm not feeling it at all.

Coming Tomorrow- All of you shocked that the Royals are good weren't paying attention during spring training. Here's one of their young pitchers.