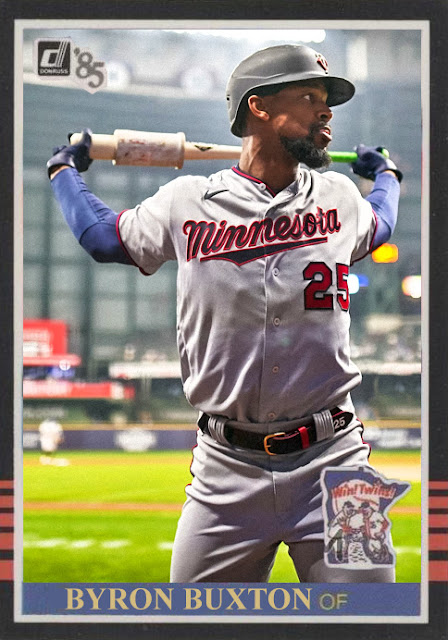 Three of the teams that were predicted by the sportswriters to make serious runs at things in 2021, the Twins, Braves and Yankees, are currently under .500. Apologies to 1991 and 1996.

It's not really without a lack of effort on the Twins' part. Byron Buxton is having another beautiful season with 6 homers and 11 RBIs already, J.A. Happ came within 5 outs of a no-no last night against the Pirates, Cruz and Donaldson are playing to scale with their contracts and Luis Arraez is starting and playing beautifully. But the big problem with this team so far has been injuries. Andrelton Simmons, Max Kepler, Miguel Sano and bench standout Kyle Garlick have all hit the IL in the last week or so, and the Twins are trying to fill all the holes before more start sprouting.

And look, on one hand, it's easy for the infield because you just move Polanco over to short and let Donaldson start more. But the outfield is trickier because the people they're plugging into Kepler's spot, like Brent Rooker, aren't impressing so far. Apparently they just brought Alex Kirilloff back up, and hopefully he figures out to hit in the majors.

The pitching situation is beginning to sort itself out, thankfully. Berrios and Happ are finding control, and Michael Pineda has been surprisingly excellent so far [suspension pending??]. Shoemaker and Maeda are struggling so far, which is troubling, especially considering Maeda's monster 2020. Alex Colome is struggling in the ninth while Taylor Rogers flourishes in the eighth. The pen has too many wild options right now.

It also doesn't help that the Royals, Indians and White Sox are just playing better right now. The Indians are dropping [somehow the Yanks are back?] and the Tigers will be easy to lap, but this start is illuminating the fact that the Twins are falling from their 2019 stoop and might be more human than ever. They'll need to rely on a cohesive, healthy lineup, when it returns, in order to really make a run at things.

Coming Tonight: Ferocious starter for the strikeout capital of the NL Central.