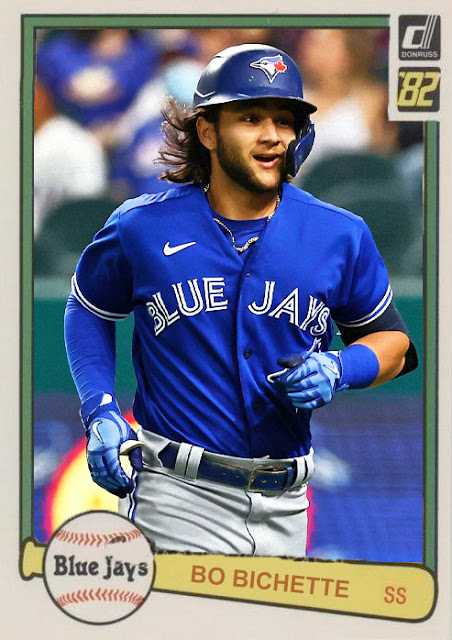 Was not expecting the Blue Jays to take a tremendous step backwards from their breakout 2020, but here we are.

The Blue Jays, during the offseason, made it a point to make a lot of veteran signings to bolster the youth movements. So they went and got ALL OF THE FOLLOWING- George Springer, Kirby Yates, Marcus Semien, Robbie Ray, Steven Matz and Tyler Chatwood. Only one of them is currently not only healthy but playing above standard, and that is Steven Matz.

So...props to the Jays for figuring out how to get Steven Matz to do well. The Mets have been trying for years.

The fact that Yates, Chatwood and Springer are injured right now is a crushing blow to the strength of the GM's moves. Also, the fact that Chatwood, Ross Stripling and T.J. Zeuch are all injured right now, and Tanner Roark, Tommy Milone and Anthony Kay are all struggling in starting positions...means that for the second year in a row, the pitching crisis is gonna threaten to doom the Jays.

It does help, though that the Jays do have a strong triptych of Hyun-Jin Ryu, Steven Matz and Robbie Ray who are all A.) healthy and B.) posting ERAs under 3. So yes, for three days out of five you have a good starting pitcher in Dunedin, but the other two you really hope for a lot of stars to align in order to squeak out a win.

The other piece of good news is that enough of the lineup is impressing me right now that the absence of George Springer isn't, like, killing the team. Vladimir Guerrero, as teased by his stellar spring training numbers, is off to a hell-raising start with a .368 average, 11 RBIs and 4 homers. His battery partner Bo Bichette also has 11 RBIs but one more homer than Vlad does, which is surprising but also welcome. Also, Randal Grichuk's having his best season since landing in Toronto, Joe Panik's been excellent off the bench, and both Josh Palacios and Santiago Espinal have been promising in waiting.

The issue is that the whole lineup isn't there right now, and we're looking at torrid batting averages in the cases of Cavan Biggio, Danny Jansen, Rowdy Tellez, Marcus Semien and Lourdes Gurriel right now. Because it's easier to laugh at the Yankees right now because they've fallen harder, you haven't heard about how the droughts on this team are just as bad, and appearing in more crucial players. Right now the Jays are higher in the standings than the Yanks, but the Yankees' failures haven't come entirely from the youth.

The Jays need to figure out how to get a lot of these big pieces to start working, or else the Yankees will eventually lap them. Somehow. I don't know how at this point, but there's a chance.

Coming Tomorrow- A former Blue Jay, honestly. The way he's pitching, I bet he doesn't miss Toronto at all.