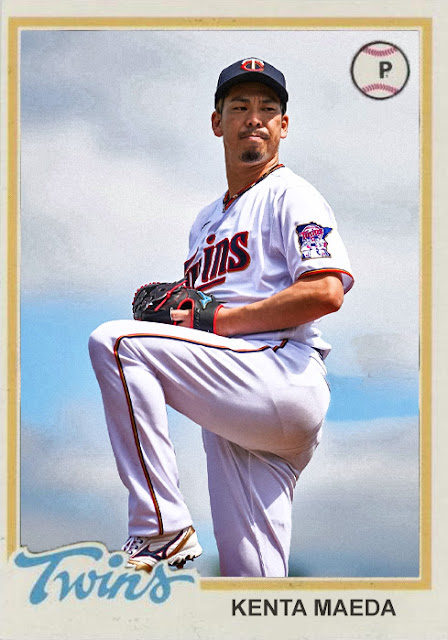 As the season gets underway, and as we get some idea of what these teams are going to be, the early stumbling is going to be washed away. For instance, the Minnesota Twins, as the stands are currently, are in last place. That can't be right. The game did end in a walk-off, and the Twins were right there with Milwaukee the whole time, but...this can't be indicative of how the Twins will be this year.

Like...the Twins are gonna be good, right? Sure, Josh Donaldson is back on the IL, Jorge Polanco went 0 for 5, the pitching is a bit more spread out and the White Sox are looking at first, but...wait...shit, what if the Twins are looking at a down year?

Like, 2019 was their peak, the bomba year was absolutely huge for them, and it was the centerpiece of three unsuccessful playoff attempts for the Twins. But...that's the thing. Even with the heights of this team, they did not get anywhere, and were thrown off by better teams like the Yankees and...Astros, I guess. And now the Twins are without Eddie Rosario, Jake Odorizzi, Rich Hill and Sergio Romo. Not all of these are huge pieces, but there's not as much depth. Jake Cave is now starting, though Ryan Jeffers is now waiting in the wings. Without Odo and Hill, the Twins must rely on Matt Shoemaker, Michael Pineda and Randy Dobnak, and may be on shakier ground beyond Maeda.

The Twins could still compete heartily, though. Andrelton Simmons, Max Kepler and Luis Arraez have looked great in early at-bats, Maeda had a great start the other day, the bullpen looks sharp, and the core still seems to be powering this team fine. There is a chance for greatness in Minneapolis...but I look at the White Sox, who look to claim the division, and I look at the Jays and A's, who look like wild card teams...and I think...the Twins are gonna have one hell of a time this year.

Coming Tomorrow- A pitcher for the team that just snuck by the Twins the other day, and why I suddenly have a vested interest in them.