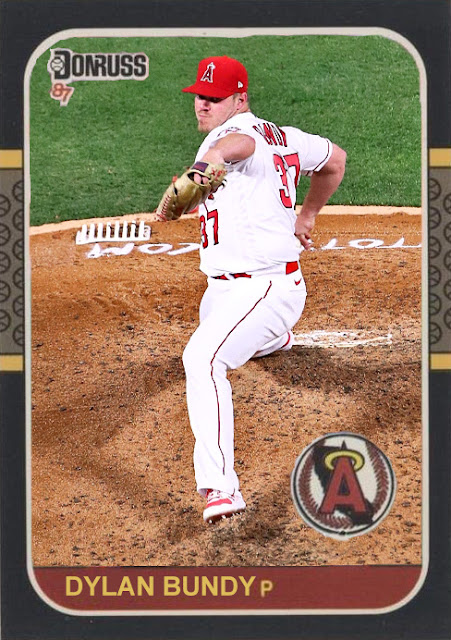 Yesterday the Angels had first place. Today, thanks to some Twins-inflicted off days, the Mariners have caught up. So they're just sitting in limbo for a few days til their series with the Rangers starts today. Which, when you have as much momentum as the Angels have this year, is not the place you wanna be.

Look, we've been waiting patiently since the middle of the decade for an Angels team to compete mightily, and 2021 might finally be the year where they have something that works. Not only do they still have a surging star in Mike Trout, but they have a competent, on-target base around him, with Jared Walsh, David Fletcher, Anthony Rendon and Shohei Ohtani all performing really well around him. One thing the lineup needs to be careful of right now is injuries- Rendon and Max Stassi are missing some time this month, in addition to the out-for-the-year Dexter Fowler, and so having competent performances from Luis Rengifo and Kurt Suzuki in their absence will be very important. This is the most in-tune this lineup has been in a while, and I really hope they don't waste it.

Also, this is a lot more selfish, but this is probably Albert Pujols' last season. He's not doing too badly right now, but I would love if his WAR passed into the positive so he can finish his career with an 100 WAR. That'd be awesome in the post-steroids era.

And heck, the pitching is doing well enough right now as well. The big takeaway right now is that Dylan Bundy is capable of recreating his ace material from 2020. He's already got 22 Ks and has a low enough ERA. Alex Cobb is also doing alright in a starting role, and Shohei Ohtani's few starts so far have been golden. The bullpen is really doing a lot of the work right now, not only with traditional types like Junior Guerra and Mike Mayers, but late-offseason pickups like Steve Cishek [from Houston] and Tony Watson [from, sniff, Philly]. Like last year, Raisel Iglesias is having trouble keeping runs down entirely in the ninth, but he seems to be getting slightly better as it goes along.

This team has too much going for them to be completely lapped by the Mariners, so I hope they gain some ground against the Rangers this week.

Coming Tomorrow- He made a last-minute decision to return to his beloved team, and it's been working out for him because he's absolutely on fire right now.