This is What I Get for Sleeping on Michael Taylor 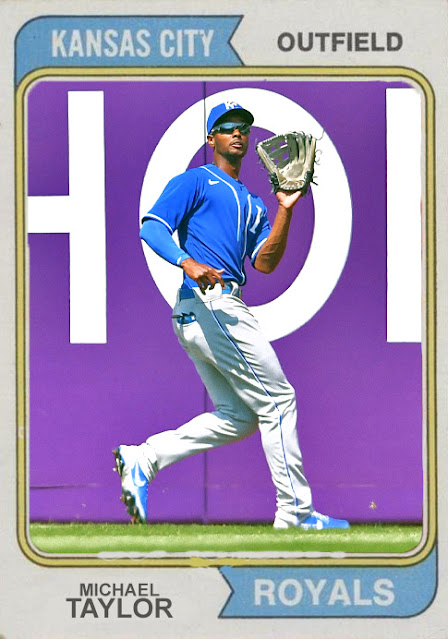 Michael Taylor with the Nationals was always kinda weird to me, because he never really hit for average, yet he was still listed as a valuable player. He really only had 2017, where he hit .270 with 19 homers and 53 RBIs, but...that's only sort of impressive, honestly. Every other season he's either been injured or he's had a very low average. The Nats fans loved him, though. I wasn't exactly sure why until this year.

Michael Taylor isn't hiding behind anybody in this Royals lineup. He's healthy, he's in good shape, and he has the position to himself. So, naturally, he's playing really well, with a .288 average and a 1.1 WAR through the first few weeks of play. Already he's off to a pace that will land him the best numbers of his career if he keeps at it. And he's found himself in Kansas City in a season where the Royals are surging and they're accepting veteran walk-ons.

It's the weirdest breakout of the year. Oh yes, there are good teams that outdid expectations like the Red Sox and Mariners, but the Royals may have come the most out of nowhere because they seem to be built to last the rest of the season. Even without Adalberto Mondesi, they still have Nicky Lopez filling in pretty well at short. You have enough of the carry-over core, like Salvador Perez, Whit Merrifield, Jorge Soler and Hunter Dozier, and just some impressively-stocked veterans running around them like Taylor, Carlos Santana, Jarrod Dyson and Hanser Alberto. And there is a potential franchise piece in here in Andrew Benintendi, but his better numbers haven't showed up yet.

And then in the rotation, you have Danny Duffy having his best season in years, Brady Singer having a decent sophomore season, Mike Minor and Jakob Junis being relatively consistent in the back half of the rotation, and Ervin Santana peaking his head in, wanting to help even though he's a bit past his prime. He's 38, it's nice that he's still here, I just don't know what else he has to prove. Wade Davis and Greg Holland are a bit more decisive in what they want right now, even if this team isn't very decisive in who they want to close games. They'll figure it out, I reckon. Josh Staumont might have gotten the best shake of things so far.

The Royals are in a decent position right now, and are on a good enough ramp upwards, but the White Sox are catching up and could be tight competition as we head into May. Interesting to see who ends up hanging onto the division in a month's time.

Coming Tomorrow- His team has fallen a bit in the past week or so, but he certainly hasn't.