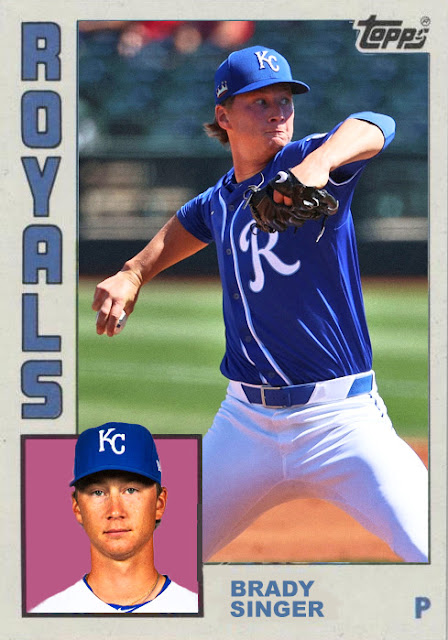 The Kansas City Royals were one of the best teams in Spring Training camp. And the sportswriters thought this was nothing.

Yet in the first week of AL Central play, the Royals have managed to squeak out the best record, even accounting for the Twins, White Sox and Indians. They've gotten great starts out of Mike Minor and Danny Duffy, have won games despite botched starts by Brad Keller thanks to the strong bullpen, and have people like Michael Taylor and Whit Merrifield hitting beautifully. They are making moves like a team that's three or four steps ahead of where they should be, and are utilizing a World Series-caliber manager like Mike Matheny correctly.

The rotation is the most intriguing part of this, because the goal was to rely on the youth, like Brad Keller and Brady Singer, but those two have had the shakiest starts so far. Singer has walked away with the team's sole loss, despite being one of the people I was expecting to have a nice season in KC. It's the veterans, including Duffy and Minor, and bullpen vets like Greg Holland and Wade Davis [shit, what is this, 2015??] that are keeping everything in line.

Similarly in the lineup, while newcomer Kyle Isbel has made quite a splash in a starting outfield position, it's the veteran signees who are impressing the most right now. Michael Taylor has 6 RBIs and a .438 average. Carlos Santana has 3 RBIs already. Hanser Alberto is batting .308. Heck, even longtime backup infielder Nicky Lopez is hitting .400 covering for Adalberto Mondesi. This lineup, and this team, is coming together in a way not glimpsed since around 2017.

And the weirdest part is that we're 6 years removed from the championship run, and we still have a few pieces from it remaining. Yes, Mondi counts cause he was brought up in that series, but Salvador Perez and Danny Duffy are still here, meaning that we haven't even gone so far as to completely re-root the Royals team in order for them to be good again. Heck, Holland, Davis and Jarrod Dyson have left and come back to join the fight again. This is very rare.

I don't know if this good feeling is gonna last the whole season in Kansas City, but with the way everyone's playing right now, I kinda hope it does. It'd be a nice wrench in the plans of everyone in the division, and it'll be cool to see people scramble.