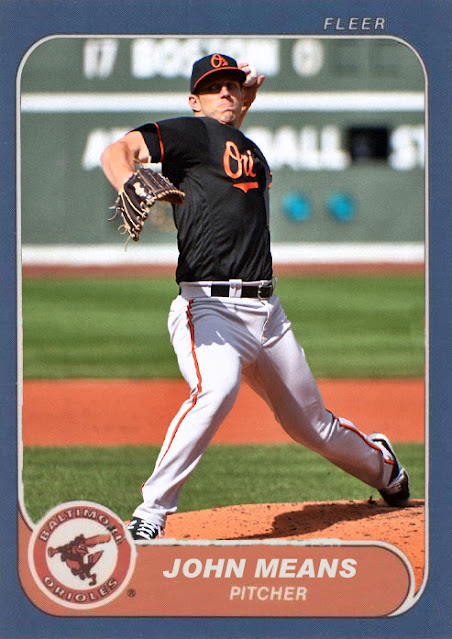 Okay, so the bubble has, in fact, burst a bit since I made this, but the Orioles, while no longer a surefire winning team, are still a very interesting team. Which is better than nothing. I get to talk about a team once every two weeks, the worst thing a team can be is absolutely boring. And the Orioles are not that.

The Orioles have Matt Harvey, Maikel Franco and an ace-caliber John Means. They are far from boring.

Means was slightly less perfect today, giving up 3 runs to the surprisingly-alright Mariners, but he's still coming off a lot more accomplished and confident than he did early last season. While not the ONLY competent starter in Baltimore [Bruce Zimmerman has been pretty good, actually], he's still the only all star-caliber starter [NOW, MATT] on the squad, and he's doing a nice job so far regardless of his team's mediocrity.

You also have Cedric Mullins, who looked to be a big deal in August 2018 only to not find his footing til midway through last season, finally leading the team in WAR and batting average, and getting by solely on contact ability [17 hits] without doing much in the realm of extra base power. Mullins is currently making up for human numbers from last year's standouts Pedro Severino and Anthony Santander, and slower starts from Franco and Freddy Galvis. And even if returning hero Trey Mancini has knocked 8 RBIs so far, he's still yet to hit for average, which is slightly concerning.

Really, the most surprising part about this team is the bullpen- Tanner Scott, Paul Fry, Adam Plutko and journeyman reliever Cesar Valdez are all off to great starts. Plutko has been a smart addition from Cleveland, and Valdez has been a surprisingly accurate closer so far. Even if the lineup hasn't exactly clicked into place yet, the pitching being in alright shape is still a better shake than the past few years.

Now that the losses have begun to pile up, I'm not expecting a great deal out of this O's team. Maybe they'll be a fun last-place/fourth place team, maybe they'll do some cool things late. I doubt they're for real anymore, though. Unless they did this specifically to fool me.

Coming Tomorrow- Now that the Nationals have been healthy for a week, we finally know what they're gonna be like this year. Annnnnd it's not pretty.