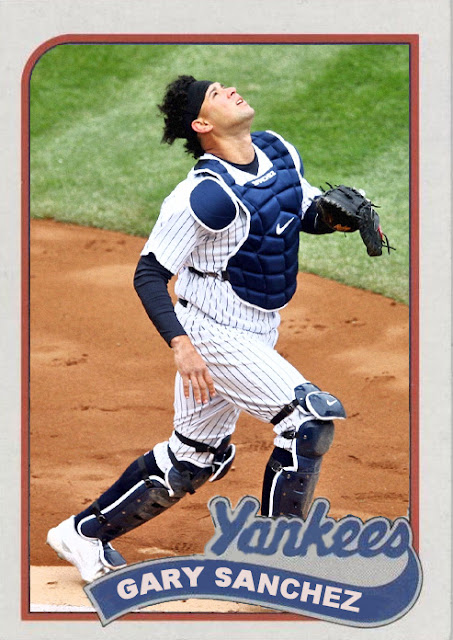 So, in case you haven't heard, because the Yankees have had a tumultuous April, they're apparently a bad team that has absolutely no chance of being good this year.

You know, I don't see them all piling on when Boston ends up in last. Or when the Cardinals lose a few games in a row. Every time the Yankees lose a bunch of games, or struggle in a few series, the media starts writing 'WHAT WENT WRONG' articles. The Steinbrenner era is over, guys. The Yankees no longer hold themselves to a standard where they're not allowed to lose a few games. We were just here 6 seasons ago, we got back from it. We haven't been titanic-good in 21 years, since then we've been just as good as everyone else in baseball. So stop making news about the team losing every time they do because a good portion of the fans act like we never do.

And maybe the Yankees aren't up for it this year. Maybe that's it. That's fine. It's happened before. But so many people are writing this team off after three weeks of gameplay. Three weeks aren't indicative of an entire season, especially the first three weeks- if they were, the Mariners would have 5 rings by now.

After three weeks, the Yankees aren't doing well, but neither are the Blue Jays or Rays, all teams expected to compete this year. The Rays are literally at .500, and in second. Meanwhile, the Red Sox are still in first, despite having an even record in their last 10 games. I don't exactly see people going 'oh, the Sox are headed to October'. Cause people know that a big start doesn't indicate the rest of the season. And yet...that doesn't explain why I still saw lots of 'look at the Yankees' lose articles last week.

Let's be clear- the rotation still needs work because Kluber and Taillon still aren't acclimated to pinstripes, plus German is still very human. The lineup needs work because Hicks, Stanton, Frazier and Odor aren't hitting for average, and longballs are down pretty much overall. But we still have a very impressive bullpen this year [even without Britton], good performances from Judge, LeMahieu, Urshela, Higgy and Stanton's power numbers, and have muddled out of last thanks to a decent series in Cleveland.

So we're not dead, we're not incapable of wins, and we're absolutely able to come back from this down April. And when we do, I'm sure the sportscasters will forget this whole thing ever happened.

Coming Tomorrow- One of many people under 25 doing well for the Marlins right now.