The Man That Only Did Well in Orange 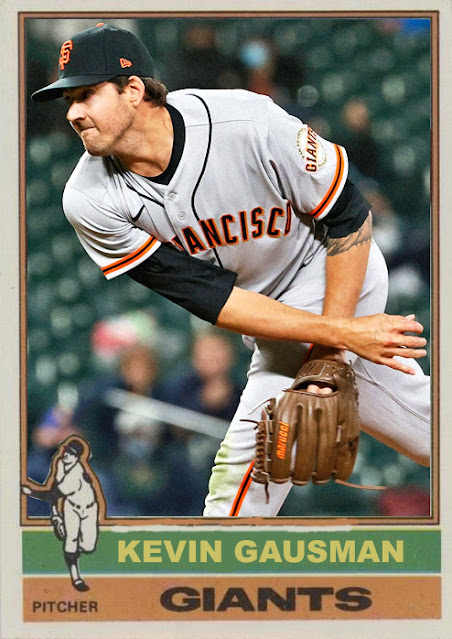 Kevin Gausman was a presence for the Baltimore Orioles in the period where they were trying to hold onto their momentum, the period that produced the stellar 2014 and 2016 seasons. During this period, he held a 4.22 ERA with 697 strikeouts, and was one of the top rotation pieces despite the presence of one Dylan Bundy.

In 2018 he's traded to the Braves, a move that initially works out for them on a playoff run, but in 2019 Gausman struggles mightily [as did most of that 2018 rotation honestly] with a 6.19 ERA. So he's booted off and signs with the Reds, and only does marginally better there.

It was only when the expectations were lowest that Kevin Gausman is able to reclaim his former leverage, and that is as a low-era rotation piece in San Francisco. In a span of a year, he went from a low-rotation piece with a great ERA to the Opening Day starter. How does he do it? I think it might be that he only performs well for orange teams. The Giants are only allowed to trade Gausman either to Houston, the Mets, or back to the Orioles.

However, due to the wavering quality of the Giants this year, Gausman has yet to register a game-win, nor have any of the starters. The other starters have given anywhere from promising starts, like Anthony Desclafani and Aaron Sanchez, to disappointing ones, like Johnny Cueto and Logan Webb. The game decisions have gone down to relief pretty much every time, meaning as good as the pitching is, it's not the deciding factor of games.

Right now, the Giants only have three lineup pieces hitting over .250- Buster Posey, Evan Longoria and Donovan Solano. Darin Ruf is hitting well off the bench, but...of course he is. You probably guessed that he would. The remainder of this team, including big pieces like Mike Yastrzemski, Brandon Belt, and even born-again hitters like Alex Dickerson and Wilmer Flores, just aren't getting it done so far. It's telling that the majority of this team was signed due to single-season achievements- Dickerson, Yaz, Solano and Flores are coming off of strong seasons, but they've all struggled in the past to the point of being cheap, risky pickups. And now some of them may be on the downslope.

I don't think they're all cooked, especially Yaz, who is likely for real, but it points out the flaw in the Giants' business model if some of them are.

The goal is gonna be standing out from the Rockies and D-Backs this season. Those two will be the real competition if they want the top 2 to be their competition. And if they can get past the Rockies, they could be alright.

Coming Tomorrow- For the second year in a row, his team has to acclimate to a new home stadium. So far it seems to be going well.