This is the Nats We Were Waiting For 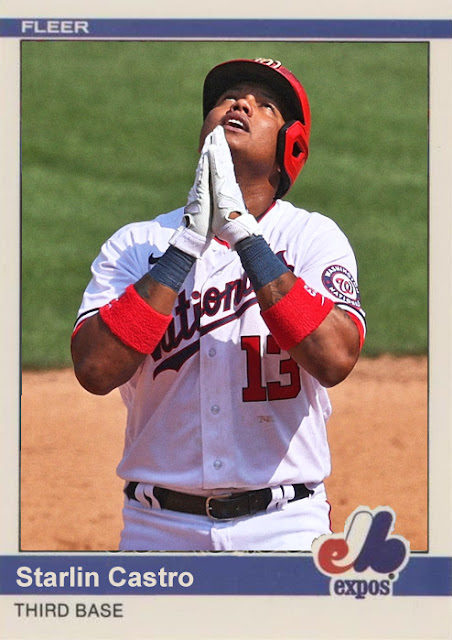 Sure worth it, wasn't it?

After a week away from the game with COVID-regulated stagnancy, the Washington Nationals are finally off and rolling. And if you thought the offseason would be a decent respite for the Nats after a poor season in 2020....think again.

I think it was the lack of Gomes, Schwarber, Harrison and Bell that sunk this team for the first week. Because even games with Scherzer and Strasburg doing well and Zimmerman and Soto hitting for average, they couldn't get by their competitors. And a series with the Dodgers didn't help much either. So, even with a win under their belt thanks to return of the COVID 4, the Nats still haven't made too great of an impression right off the bat.

And it's a bit disheartening to see the one strong starters like Scherzer, Patrick Corbin and Erick Fedde get off to such disappointing starts. True, Scherzer's 3.75 ERA is only disappointing by his standards, but still. This team was in the World Series 2 years ago, and now, up against a tough first few series', they're struggling.

And yet because this is such a young team, it's not really a team that owes itself to being gutted anytime soon. Juan Soto, Trea Turner, Stephen Strasburg and Andrew Stevenson all look to stay with this team, and if anything the inconsequential players will be flipped, like Starlin Castro, who, while he is off to a decent start, could be a good stretch tool for anyone who needs him. Heck, why hasn't anybody picked up Jonathan Lucroy yet? He proved with his first week of games that he can still play competently. Nobody needs a backup catcher?

Now, the Nats get to play the Diamondbacks later this week, a team that could theoretically be worse than them? Will this be the moment their momentum sparks? Or are they really a lost cause? It's still too early to really tell, but I'm not very confident in this Nats team. Even with Juan Soto, Max Scherzer and Trea Turner, they can't pull things together. Maybe it was all those veterans that made them World Series-caliber after all.

Coming Tonight: A very interesting Tigers rookie hoping to shake things up a bit in the AL Central.