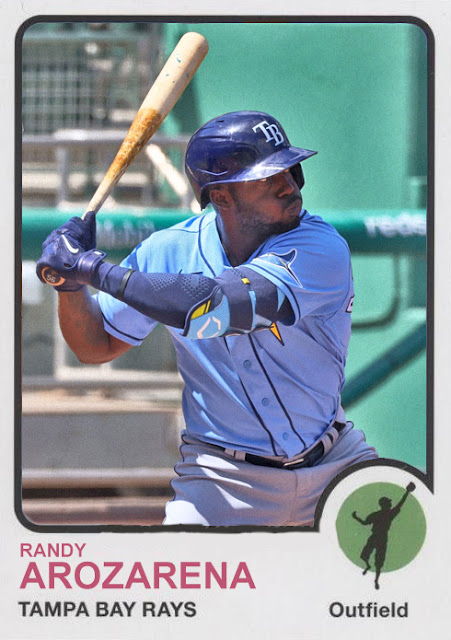 In a game of two teams who made the playoffs last year, the Rays only scored one run, and it was an Austin Meadows solo homer off of Yimi Garcia. The Rays only gave up 3 hits, and two of them were off of Jesus Aguilar. Tyler Glasnow went scoreless, but the hits were limited to the core of the lineup- Meadows, Lowe, Arozarena, Kiermaier, Adames.

So...I'm not sure what this says, even if it is only game one. The Rays are solely its core and nothing else, but its core can still get hits. The pitching is pretty pristine but that's only one part of it.

It's not like the Blue Jays, who spread their efforts out, and had people like Hernandez, Gurriel, Grichuk and Vlad all getting hits, all over the lineup. The Rays have a very focused team, and only really have their contact-friendly guys working on things right now. And this may be what we're in for.

It is very hard, however, to interpret a team after only playing one game.

Look, I was writing this team off, and they win the first game of the season where my Yankees can't even do that. They win in a pitching battle, one of the few out there today. The core of the team shows up and gets on base. The big kid rookie isn't a fluke. The pitching rotation is depleted but Glasnow as an ace is still good. The bullpen still works. This team could be good again. The Yankees could be screwed.

...see what happens when I overthink?

Look, the test of this team is seeing which parts work in 2021 rather than solely for the 2020 postseason. It's looking like Randy Arozarena is for real, and that's great! It's looking like Lowe and Meadows are on par for more great seasons, and that's great! But it's on the rest of the team to have the depth, and the intricacies, and the marathon instinct of the 2020 team, or else there's really no point.

Coming Tomorrow- He had a phenomenal defensive play today and his team won. So now I'm gonna have to interpret that as well.

Labels: Custom Cards, in which Jordan does not know what to think, Randy Arozarena, Rays