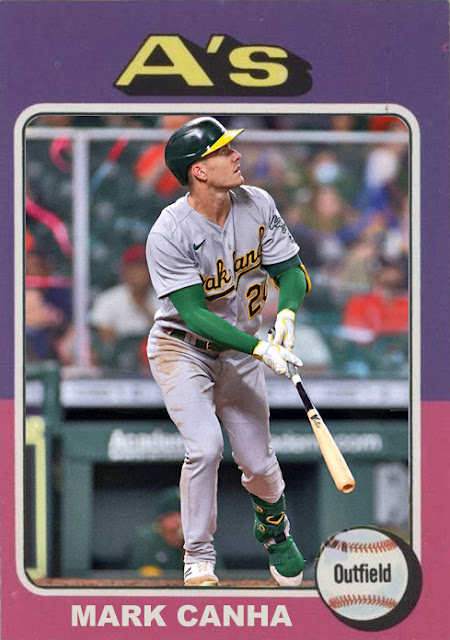 On April 8th, the Oakland Athletics had started the season 1-7, after being swept by Houston and the Dodgers over two series. Sportswriters were panicking, fans were complaining, people were groaning about how the rumors of the Athletics' descent had been greatly exaggerated, and how the A's were nothing without Marcus Semien and Khris Davis, and blah blah blah.

Well, then the A's won 13 straight. And that shut everybody up.

Now, on one hand, it could be a schedule thing, because in this stretch the A's have had to play the Astros, Tigers, Twins, Diamondbacks and Orioles, all of whom are relatively easy to beat this year. But to beat ALL OF THEM IN ONE FELL SWOOP, including four shutouts? That's definitely something. Especially when you realize that the A's have an even run differential right now [or at least did when I wrote this last night]. Meaning as good as this team is right now, they're only good enough offensively as it is, or else they'd be exceeding their defensive numbers.

And look, this lineup isn't bad. There are a few regulars who aren't hitting, like Matt Chapman, Sean Murphy and Elvis Andrus, but Matt Olson, Mark Canha, Jed Lowrie, Ramon Laureano and Seth Brown certainly are. Olson is making up for his lopsided last few seasons by hitting 15 RBIs, 6 homers AND FOR AVERAGE. A .328 AVERAGE. USUALLY IT'S AROUND 2. It sucks that Chapman is sort of struggling right now, but if we still have an accurate Olson to rally the lineup around, I can sleep at night.

The same really goes in the rotation, as well. Jesus Luzardo and Chris Bassitt's numbers have gone down a bit since last season's impressive stuff, while Sean Manaea is finally pitching well after a few consecutive disappointing years. The A's are even getting some nice starting material from former [sigh] Phillies prospect Cole Irvin. What's more, the bullpen battery from last year is still thriving even without Liam Hendriks- they've just moved Lou Trivino to the ninth and have been getting the best out of Yusmeiro Petit, Jake Diekman and J.B. Wendelken.

So yes, this is a very good team, and I can see why they won 13 games. I just hope they'll actually get something out of this streak that lasts them the rest of the year, rather than sort of shrugging after this finishes and going 'well we did our big news making thing this year, let's go home'. This is a great team in a surprisingly cutthroat division, and i'd love to see them [or even Seattle] triumph over the Astros.

Coming Tonight: Hard-hitting first baseman for a team that will undeniably be making the playoffs as a wild card team this year, and look to dominate in the long haul. He's done this before.