Waiting for the Braves to Show Up 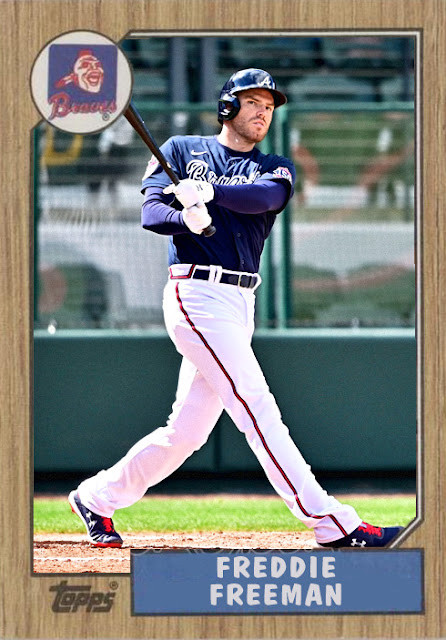 The Atlanta Braves won their last three games, which would be a lot cooler if they hadn't lost their first four.

As the NL East picture is beginning to form, with the Mets and Nats catching up, the Braves are slowly returning to where people thought they'd be in the division, but a lot of the people expected to come out strong are still falling behind. Ozzie Albies, Travis d'Arnaud, Marcell Ozuna, Dansby Swanson, even reigning MVP Freddie Freeman, are all batting below average. Only Ronald Acuna truly has an impressive average so far, and 6 RBIs to boot, but one guy can't carry an entire team, especially if that team has so many great players on it.

The pitching is at least working right now. Charlie Morton, Ian Anderson and Drew Smyly have all gotten off to nice starts, and A.J. Minter, Tyler Matzek and Nate Jones are looking like solid bullpen pieces for the year. But because it's not a full-team effort, and because the Braves blew so many early games to the Philadelphia Phillies, people are concerned. People are rethinking their postseason plans. People are looking at the Phillies and Mets and thinking they can last the season. They won't.

I'm not overthinking the slow starts, because this team is already pulling out its depth early. Pablo Sandoval already has 2 homers off the bench, but in both cases he's been among the only offensive highlights for the Braves. Panda is not supposed to be your kill code, he's supposed to just help the effort and buttress the real heroes here. But when none of them are hitting, you kinda have to use people like Sandoval and Ehire Adrianza.

Right now, the Braves are in the middle of another series with the Phillies. They've already taken one from them, and the Phillies may in fact end up reverting to their previous selves. But unless the core heats up again, none of it's going to matter.