A Knight to Remember 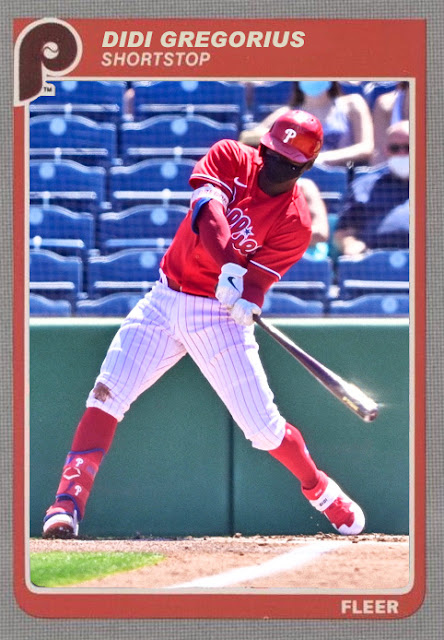 Right. So one of my teams one the first game of the season, so let's talk about that one.

In a tense pitching battle between Aaron Nola and Max Fried, the man from New Orleans came away looking better despite two less strikeouts. The biggest names of the day were Didi Gregorius, with a killer, game-saving catch that took the Phils into extras, and Jean Segura, whose RBI single scooted Bryce Harper home to cap the game. Bohm and Realmuto had RBIs, Hoskins and Harper looked good, and the team looked sharp even going up against a killer-looking Braves team.

But the biggest takeaway from me happened after Aaron Nola left the game after giving up a two-run homer to Pablo Sandoval, who currently has more home runs than Marcell Ozuna on the season, which must be a great feeling. After Nola left, he was succeeded by Archie Bradley, Jose Alvarado, Hector Neris and Conor Brogdon.

None of them gave up any runs.

NO PHILLIES RELIEVER GAVE UP ANY RUNS.

Heck, only Alvarado gave up a hit, but that was on top of 3 strikeouts, so it wasn't that alarming to me.

But still...the bullpen held down an offense until the lineup could retaliate. This is something that never could have happened in 2020. It does help that of the relievers utilized today, the two that were Phillies before 2021 were ones that had proven success. Brogdon was sharp last year, and Hector Neris is fantastic when not given the ninth. And then the new guys, Bradley and Alvarado, did exactly what we signed them for. The Braves couldn't break through even if they had a man on second, and so the Phils broke through in the tenth.

It may only be the first game, but I'm hanging on this like it's midseason. This is how we'd been wanting this team to play, and here they are looking good. I'm pumped. I know it may not last, and I know we still have to play the Braves for two more games [this month], but I'm just overjoyed we could win this game.

Who knows, maybe the Phillies can, in fact, compete this year. The real test is gonna be the back half of the rotation, the durability of some of the high-lineup guys, and whether or not the bullpen will remain as good as they were this year. If all of this smooths out, AND we continue to fend off better teams like the Braves...we could be in business. I'm not holding my breath, and I know that we could come crashing down to earth today, but...it just feels nice.

The Phils, on day one, are 1st in the NL East. It may not happen again this season, but it feels great that it happened in the first place.

Coming Tomorrow- The Dodgers traded this guy for Mookie Betts to a team that wasn't even initially part of the deal. Was he worth Brusdar Graterol? Maybe.