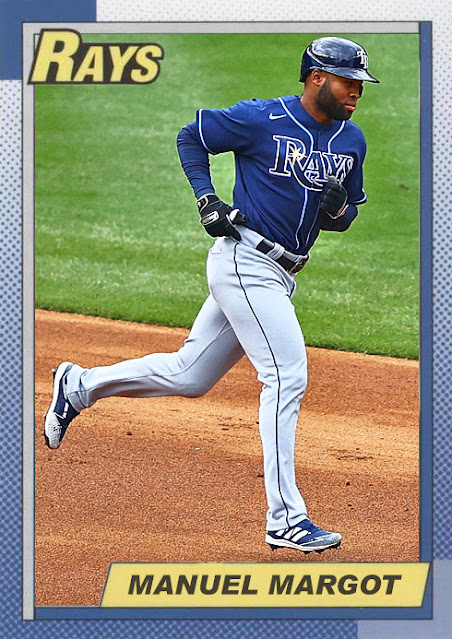 Alright, here come the Rays after all...sort of.

It's still a very weird year for the AL East. No one seems to be where they should be except for the Orioles. The Yanks are still circling last, the Sox are still hanging onto first, the Jays are still trying to climb back up, and the Rays...I THINK are doing alright right now.

It's honestly hard to decipher. This team is good for the AL East in April, but it's not really a good Rays team. Brandon Lowe, Kevin Kiermaier and Willy Adames, three people that made this team a contact titan last year, aren't hitting right now. The once expansive, anyone-can-make-it-here bullpen has been reduced to...Diego Castillo, Ryan Thompson, Andrew Kitteredge and anyone under contract who can stay healthy. Hunter Strickland has a job here now. That never would have happened in 2018. On the plus side, the Rays now have a reliever that's younger than the franchise in Luis Patino.

I mean, in the simplest of terms...do the Rays have a working ace? Yes, they have Tyler Glasnow and his 56 Ks. Do they have a strong power-hitter? Yes, they have Randy Arozarena with 11 RBIs while still hitting .300. Do they have some strong hitters that could propel this team forward for a bit? Yeah, Joey Wendle, Manuel Margot and Francisco Mejia are all hitting for average, even in smaller roles [again, because Mike Zunino hits for power, even if he doesn't hit for average, he'll always have a job somewhere, the pissant].

They just do not have the depth, the surprise factor, or even the farm system protection they had last year. Today they bring up Shane McClanahan, for real this time, and he gets bounced after 4 innings of the A's having fun with him. We're in the buffering period between the shifts of the youth movements, and we're sort of at the awkward point where we're waiting for Wander Franco's class to get a little better in the minors before they can help this team. Not that it needs a ton of help, as the Rays are doing well enough at 2nd, but...I don't think what they have now is enough, at least at the current moment.

Maybe things shift next month and the real Rays reveal themselves, but until then...I'm not sure about this team. The Red Sox look mighty, the Rays look...tired.

Coming Tomorrow- Ironically a former Ray, now working on bringing his current team back to the top after a soggy start.