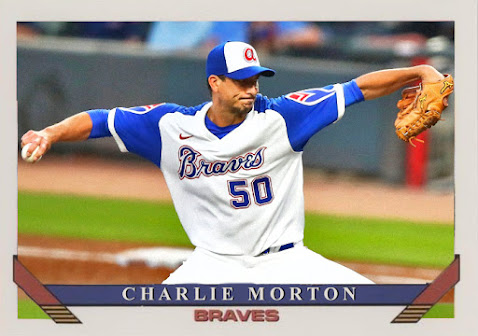 It took them a little bit, but the Atlanta Braves are back in first again, where they were expected to have been this entire time.

Things honestly just took a little bit to click. Cristian Pache floundered given a starting shot, so he was sent back down. Max Fried struggled in his first few starts, so he was moved to the IL and Bryse Wilson took his place. The unsung heroes of this team, like Guillermo Heredia, Pablo Sandoval and Ehire Adrianza, are getting their dues and having moments to shine. And, more importantly, the core of Freeman, Acuna, Riley, Swanson and Albies are all hitting [still waiting on Ozuna's average].

Plus, the pitching has been the great difference maker. The bullpen is in pristine shape, with A.J. Minter, Tyler Matzek, Luke Jackson and Nate Jones all in great shape. Huascar Ynoa is having a breakout season as a starter, with a home run in yesterday's victory and a team-leading 34 Ks. Charlie Morton has figured out Atlanta and is getting his ERA back down, plus he already has 2 wins. And Ian Anderson has been bloodthirsty in the inevitable leadup to his 2022 Tommy John surgery.

It's also helping that the Phillies and Mets have been shaky in the last week or so, and that the Marlins and Nats haven't exactly been chasing them. The Braves may in fact be the best team in the division right now, but they're still far from perfect. It's gonna take getting Ozuna and D'Arnaud over .200, helping Drew Smyly and Kyle Wright even things out, and getting to the unstoppable energy of the last half of the 2020 season. I think the Braves can dominate the season, but it's not gonna be this easy for them to the entire time.

Coming Tomorrow- Last season he almost won an MVP, and this season he's just fighting to make sure his team is still somewhat-relevant before he leaves.