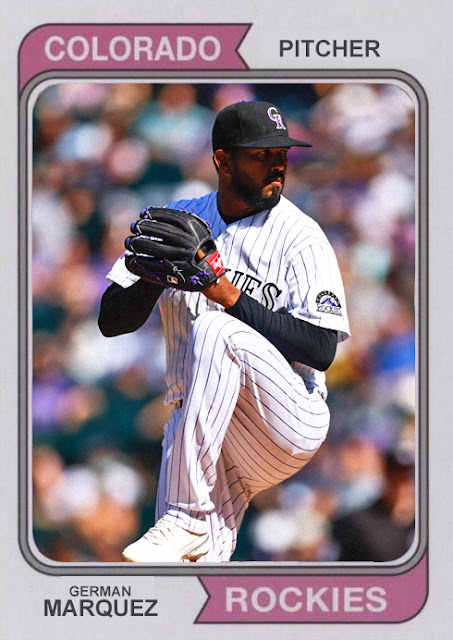 As you might expect, the first Rockies season without Nolan Arenado isn't going too well.

It's already sort of designated that the Rockies would be one of the teams that wouldn't do too well, seeing as the Dodgers and Padres are expected to compete and the Giants are expected to end in third. So really, with the stakes this low, the Rockies have to focus on doing as many little things as possible to keep the season from being a total failure. Which is a decent outlook on things.

And right now, there are some decent performances brewing for the Rockies. I mean, most prevalently there's Ryan McMahon, whose bat has come alive in a HUGE way recently, hitting .324 with 5 homers and 9 RBIs in the first 10 games of the season. McMahon has been playing small ball ever since his call-up in 2018, so to see him really find his place in this lineup is a nice sign.

Additionally the rotation is in good shape at the moment, with Jon Gray, German Marquez and Austin Gomber pulling decent numbers in their initial starts. Gray seems to have gotten off to the best start of anyone, and is hopefully looking at his best year yet, while Marquez is doing his usual stuff with a higher ERA. Daniel Bard is also doing really well in the ninth, which is a nice continuation of his comeback story from last year.

The rest of the team isn't...that worthy of merit, sadly. Trevor Story and Charlie Blackmon are just doing okay so far. The bullpen is struggling in big situations. Dom Nunez has 3 homers in his first season as the starting catcher, but can't hit for average. Chris Owings was off to a phenomenal start then immediately got injured. A lot of this team still feels prototypical and like an in-between roster, and the Rockies are gonna have to come to terms with the fact that this team has reached that point.

I'm not expecting a 100-loss season, thanks to the good things we are looking at here, but I don't see much coming from this team, sadly.

Coming Tonight- Speaking of 100-loss teams, a pitcher for one [from 2019] looking to help turn the corner.