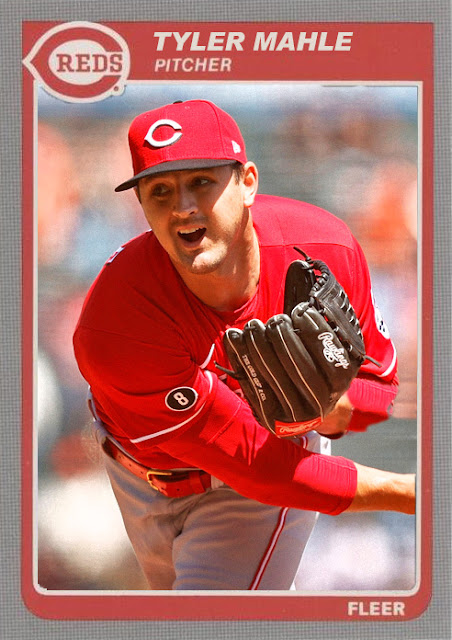 A huge start, and then a week without a win. Burning the candle at both ends is the big thing for the Reds, it seems

It's definitely not helping that two of the huge names of last year's mega-rotation, Sonny Gray and Luis Castillo, aren't pitching well at all right now. It's also probably not helping that two guys who were beginning to hit really well, Aristedes Aquino and Mike Moustakas are now injured. And it most certainly doesn't help that Eugenio Suarez just isn't hitting well right now. Not that 2020 was a harbinger of things to come, but the Reds have enough of a core that losing Trevor Bauer should not have wounded them this much.

This team has quickly turned into 'a few people are doing really well and everyone else has kinda limping along'. Like, Tyler Mahle is having another excellent season in the rotation, with 36 Ks in his first 5 games, and Nick Castellanos is hitting .317 with 15 RBIs, and Jesse Winker and Tucker Barnhart are still really hitting for average, but...the rest of the pack has kinda diminished. What, Tyler Naquin was crazy good during the first few weeks and now he's back to hitting .263 despite those 19 RBIs jutting out like mad. Sean Doolittle was flawless in his first few appearance and now has a 5.19 ERA. We're clearly not all on the same page here.

Right now the Brewers have the division, and everyone else is either at .500 or below .500, and the Reds need to make up a lot of time in the divisional race. Because if not, they're gonna keep the Pirates in 2nd place, and considering that the Pirates have to start Trevor Cahill right now, that won't sit right with a lot of people. The Cardinals are gonna probably lap the Cubs and Pirates thanks to their series with Philly, so they're fighting back towards the top, but who are the Reds fighting right now? The Dodgers. One of the best teams in baseball right now. So the climb back might take a bit more time than they need.

In a few weeks, when I have to post about the Reds again, hopefully I'll have a better idea about where they stand in all of this. I thought I knew a few weeks ago, I didn't. I don't know now. Maybe they'll have made their minds up in May.

Coming Tonight: In the year of Ohtani's return and the Astros' mad start, they're sitting at 2nd place in the AL West. And pretty much everyone is confused as to why they're there.