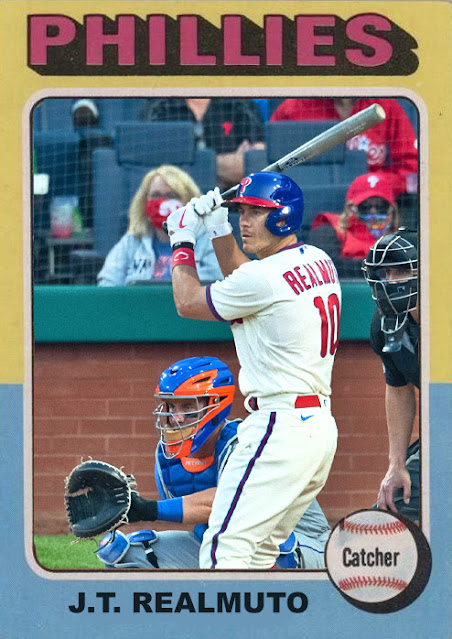 And we're back to normal in Philly. Blowing games by leaving on Vince Velasquez too long and losing ground that others are gaining by simply not playing games.

I shouldn't be surprised that we've kind of evened out, but...I dunno, I thought for once that this Phillies team could finally deliver on all the promises they've been making? I actually thought this year would be different. And again, it's early and the Phils are still in second, not mentioning the fact that the Braves are still losing games and the Marlins and Nats aren't especially close to catching them...but I'm just not getting a good vibe from this Phillies team anymore.

And the sucky part is, a lot of this team could still work if it had a tightened, trusted whole to it. Right now you have players like Zack Wheeler, Zach Eflin and Aaron Nola all pitching beautifully, and welcome strong seasons from Jean Segura, Didi Gregorius, Jose Alvarado and Conor Brogdon. Also, while Rhys Hoskins and Bryce Harper aren't hitting for average very well, the team is still uniting around the strong numbers of J.T. Realmuto, obviously psyched to be back in Philly and playing like an All-Star again.

But once again, you have parts of this team that don't work because they weren't the parts being focused on during the offseason. Now that the bullpen is better, the back half of the rotation fell off. And I reckon that once the Phils recall Spencer Howard to replace Matt Moore [like they should], the lineup's gonna get even worse. Right now center field alone is tough because of Adam Haseley's sudden disappearance, as Roman Quinn and Mickey Moniak aren't pulling compelling auditions for it. But you also have Cutch not hitting for average, Alec Bohm hitting .234, and Hoskins leading the team in strikeouts. You set up three walls and the fourth one falls over. Every time.

So...look, maybe they'll keep winning games, maybe they'll fix things, hell maybe they even catch the Mets. But...this team has lost me. It's bad enough the Yankees are sucking right now, but the Phils are making a lot of the same mistakes and expecting a different result. And I don't know if that's healthy.