Bit of personal news as I post this one- I get my second vaccine today. Joyous moment, my social circles are beginning to open up there, and the goal is to get to at least one Philadelphia Phillies game this season, as they are the closest MLB team to me at roughly a half-hour from the house on a good day. I miss going to baseball games, I didn't go to enough in 2019, and I wanna get back to attending some this year.

Now, here are the next 9 cards in the ongoing 2020 Topps Final Edition series: 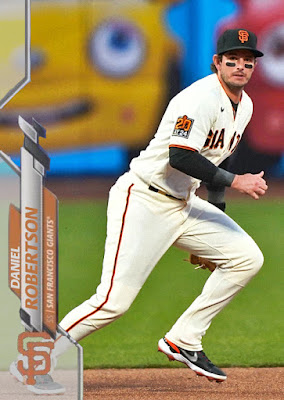 After coming up as a replacement for Evan Longoria and slowly losing playing time to Matt Duffy and Yandy Diaz, Daniel Robertson found himself picked up by the Giants in 2020, only for him to reunite with the man he replaced in Tampa. While Longo still made the majority of the starts at third, Robertson was a useful backup infielder, hitting .333 in 13 games, with 7 hits and 2 RBIs. It was a showcase for other teams to sign him as a utility man in 2021, which the Brewers jumped at. 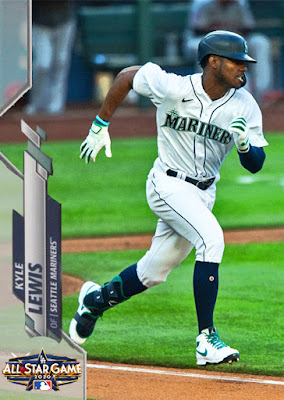 Card #128- Kyle Lewis ASG, Seattle Mariners
It should not especially surprise you that, if the 2020 season had resulted in an All Star Game, Kyle Lewis would have been the only Mariners nominee. With apologies to Marco Gonzalez, J.P. Crawford and Austin Nola, Lewis was the only piece of that lineup that felt indicative of the entirety of the AL- homer-busting, high-speed, good for baseball. And while Lewis' numbers dipped after August, he still left with 11 homers and 28 RBIs, definitely not a bad shake of things. While he's currently injured, he looks to be a huge piece of the Mariners lineup in 2021, especially with the return of Mitch Haniger. 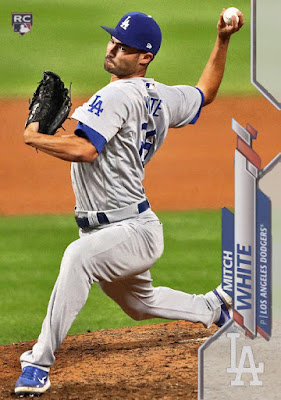 Card #129- Mitch White, Los Angeles Dodgers
It's not every day that a rookie comes upon my radar thanks to a news segment. ABC Nightly News did a spotlight on Mitch White, whose aunt is an ABC Correspondent, and he's the descendant of immigrants and last year he finally made the bigs after years of climbing the ladder. It makes for a good story, and it makes for an intriguing MLB piece for the Champion Dodgers. He only pitched 2 games, but he was lights-out in relief with 2 strikeouts. White is likely gonna be used as a major relief option this season in LA. 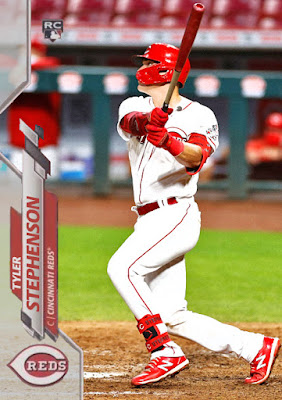 Card #130- Tyler Stephenson, Cincinnati Reds
Lost in the shuffle of the Reds' 2020 playoff run was the rookie splash made by Tyler Stephenson, their top catching prospect. Like Aristedes Aquino, Stephenson was doing his best to stay relevant in a lineup where there was no room for him. Curt Casali and Tucker Barnhart were viable options at catcher, and any opportunity to play Stephenson elsewhere was met with similar roadblockage. Which was a pity, since Stephenson was on fire at the plate whenever they brought him up, hitting .294 with 2 homers and 6 RBIs in only 8 games. Thankfully, with the departure of Curt Casali, Stephenson is getting more playing time, and will likely become a bigger player as Barnhart phases out. 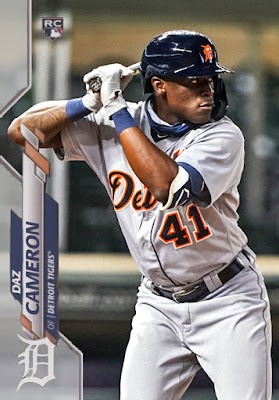 Card #131- Daz Cameron, Detroit Tigers
Daz Cameron holds the distinction, along with his father Mike Cameron, of being one of the few [and if not few, only] father-son duos to have both been traded for a Hall of Famer. Mike was famously traded to the Mariners in 2000 for Ken Griffey Jr., while Daz was a Houston prospect that was dealt to Detroit in exchange for Justin Verlander. I understand that Verlander isn't a Hall of Famer yet, but seeing as he's going to be in 7 years, you might as well just print the legend. Daz Cameron himself underwhelmed in his 2020 call-up, hitting .193 in 17 games thanks to being a part of a crowded youth movement. While Cameron is starting the 2021 season in the minors, I feel like he'll get his chance sooner or later...unless the Tigers feel the need to trade him for another Hall of Famer anytime soon. 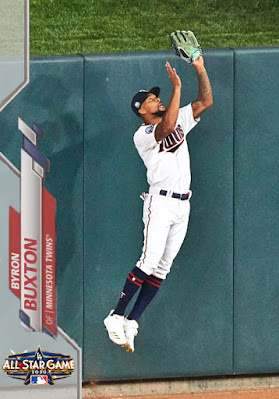 Card #132- Byron Buxton ASG, Minnesota Twins
Now hear this and hear it well- Byron Buxton would have been the starting centerfielder of the AL All-Star Team if last year's game had happened. Yes, somehow Mike Trout wouldn't make it, as the Minnesota centerfielder would win out on account of his numbers, and the bloodthirsty Twins fanbase. It would have been the culmination of another phenomenal year for Buxton, who's become a formidable leadership figure for the Twins, and has upped his offensive abilities in recent years. Hopefully he continues his fantastic work this year as well. 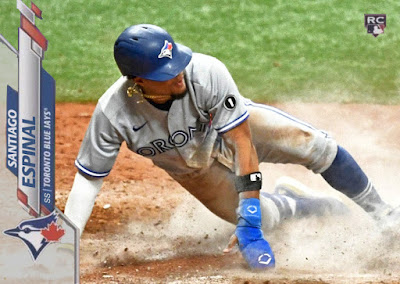 Card #133- Santiago Espinal, Toronto Blue Jays
As the Jays figured out their infield before switching things around in 2021, one of the people they tried out at shortstop [to help fill the void after Bichette's injury] was rookie Santiago Espinal. The 26-year-old rookie made a decent name for himself, hitting .267 with 16 hits in 26 games, and becoming a low-key fixture for the Jays in 2020. But as Semien arrived in Toronto, Espinal was moved back to the minors. 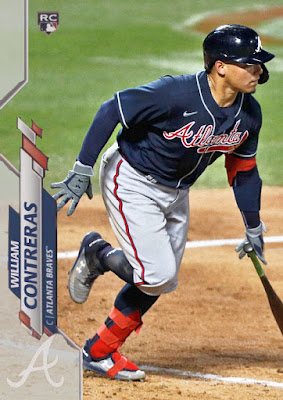 Card #134- William Contreras, Atlanta Braves
Long overshadowed by his older brother Willson in Chicago, William Contreras was an early roster piece for the Braves last year thanks to Tyler Flowers and Travis d'Arnaud both starting the season on the IL. Contreras played his role will, hitting .400 in 4 games with 4 hits and an RBI, but once the other catchers returned, it was back to the taxi squad for him. With Alex Jackson making the team over him, Contreras will have to prove himself in the minors before the eventual call-up. 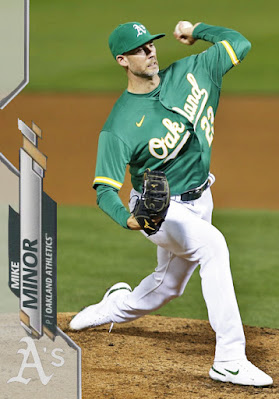 Mike Minor was primed to be one of the big stars of the Rangers rotation last year, but after Kluber got hurt, Lyles disappointed and Kolby Allard dissipated, the stakes dropped mightily. Minor struggled to get his ERA below 5 in a market with barely any run support, and was traded to a competitor, Oakland, in August. His luck didn't exactly change, pitching 5.48 in a rotation piece that doubled as a bullpen piece, and slightly boosting his stock by pitching 4 scoreless postseason innings against Houston. Thankfully, he seems to be working on a reclamation project in Kansas City this year.

The next 9 cards in the set premiere on friday. A few very strange cases in this post, along with a recently-injured rookie.