Asdrubal Cabrera Does All the Work 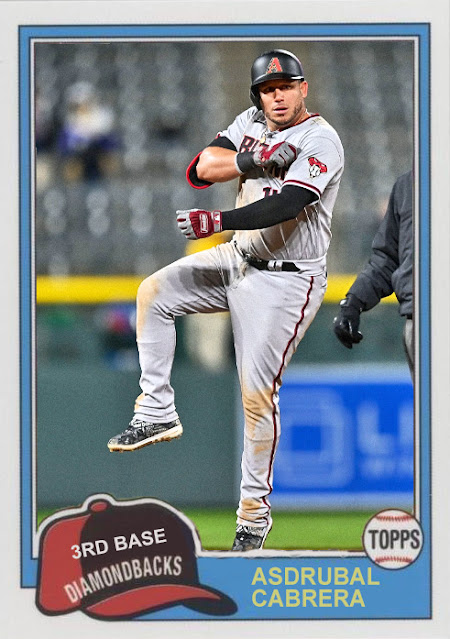 It's the only way I can explain this. Ketel Marte and Christian Walker are injured, and Zac Gallen has just come back from an injury. Eduardo Escobar and David Peralta aren't hitting [Escobar has gotten marginally better], Merrill Kelly's botched both his starts and Madison Bumgarner still can't seem to keep from giving up runs. The Arizona Diamondbacks are in disarray even when they were already predicted by many to place low in the NL West this year.

And the best player on the team right now is 35-year old infielder Asdrubal Cabrera. Because of course he is.

Through 11 games, Cabrera is hitting .250 with a team-leading 9 RBIs [tied with Escobar now] and 2 homers. Cabrera also has as many hits as RBIs, meaning, feasibly, that all of his hits have been extra base, which is not bad for a backup infielder for the 2020 Nats. I'm glad Cabrera is still playing to the best of his ability, and that even 10 years removed from his prime with Cleveland, he's still a great infielder and lineup presence. You wish you get an extra decade out of some players, and Cabrera is still providing some great stuff.

The team is beginning to find some life in odd places- Carson Kelly is hitting well after a step-back year, Luke Weaver and Taylor Widener are doing well in starting gigs, Pavin Smith and Josh Van Meter are making the best of their playing time this year, and Andrew Young just hit a grandy off of Patrick Corbin yesterday. So while this isn't a bad team, it's a messy one with some good performances and players.

This is also a team that's fully aware how tricky it'll be to catch the Top 3 in the NL West, and is just trying to end the season higher in the standings than the Rockies. Right now that's looking relatively easy, but considering that lineup's potency, they're gonna have to hope Marte and Walker get back relatively soon.

Coming Tomorrow- Just when you think the Sox were fools for signing him to a long-termer, he comes alive like he hasn't in YEARS.