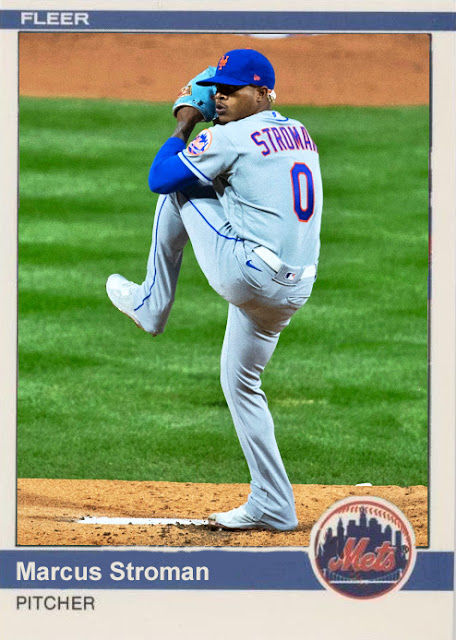 Right now the Mets are in first place in the NL East. They only have three players with WARs higher than 0.2, they have no one with more than two home runs, they've only played thirteen games, and they're still waiting on good numbers from Michael Conforto, Francisco Lindor and Pete Alonso, three batters they've based the entire team around...but they are in first place in the NL East. Because my Phillies squandered their head start by winding up at exactly .500 after a 4-game winning streak to start the season.

Yeah, the NL East is a mess right now. Maybe you'd expect the Marlins and Nats to be underwhelming, but the Braves in fourth?? Yes, they're beginning to creep out from under Miami thanks to a series with those lovably incompetent New York Yankees, but they've been struggling for the first few weeks of the season. As have most of the teams in this division.

And here are the Mets, ahead in the East after beating the Phillies several times and letting the top of the rotation, mainly Jacob deGrom, Marcus Stroman and Taijuan Walker, just steamroll over opposing offenses. They don't even NEED a good lineup right now, which may explain why most of the lineup is taking this opportunity to coast essentially.

I mean, look...Luis Guillorme, Brandon Nimmo and Dominic Smith are all hitting to a degree. Jonathan Villar and J.D. Davis are hitting off the [abnormally large] bench. But the core is where this team needs to surge, and it's not surging. Lindor had a homer last night, that's all well and good, but he's not hitting for average at all. Neither is Conforto, and he used to be good at that.

As much as I wanna go 'hey, these guys are in first, relax', and as much as I don't always want to be critical of the Mets on this blog, this is the reality of the situation. This team is good enough to reach first, but may not be good enough to stay there.