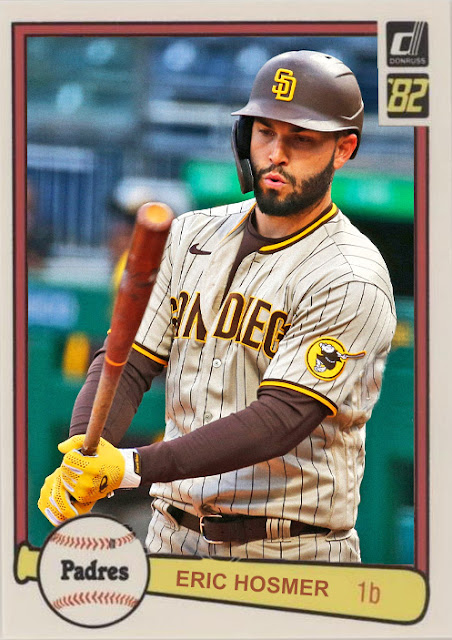 So, uh...Dodgers-Padres series' are gonna be fun this year.

How come nobody didn't predict this sooner. Two of the biggest trolls in the majors, Trevor Bauer and Fernando Tatis Jr., in the same divisional fight, being absolutely great, entertaining baseball material. Tatis hitting bombs, then clapping back at Bauer on Twitter. And look, I follow Bauer's twitter, he is an all-time trash-talker, he is sneaky as hell, and he knows how to be an ass while still looking good...but Tatis making him look small on this scale is amusing as hell. I can't wait for the next time these guys square off. Somebody's gonna get mooned or something.

Anyway, even with the antics, the NL West is kinda going the way most people thought it would- with the Dodgers well ahead, and the Padres forced to squeeze into a wild card situation. And right now, the Padres are behind the Giants in the standings, thanks, essentially, to playing more games than the Giants. To be very fair, it is April, and the Padres are without Austin Nola and Dinelson Lamet. It's gonna take them some time to get to peak 'OMG' mode, I think.

Good news is that some of them are already having insane numbers even this early. Eric Hosmer had some major RBI numbers in the first week of the season, and while he has slowed down a bit since, he still leads the team in hits, RBIs and average. Not bad for the guy who most people have been pegging lower since he left the Royals. Additionally, Mark Melancon's having a stellar year in the ninth, Musgrove and Darvish are attacking at peak capacity in the rotation, Tatis has had two consecutive 2-homer nights, and Ryan Weathers has been impressive stepping into Adrian Morejon's rotation spot.

This is AJ Preller's dream, of having a bunch of homegrown talent succeeding alongside a bunch of prospects, and having it all work because neither type feels drowned out or hackneyed. And even if some people aren't hitting for average [thank god Machado's still a five-tool player or else he'd be a lot lower in the WAR column right now], this is still a strong looking team who could get really hot in a month or so and reclaim 2nd like they're destined to. With Tatis hitting, Snell, Darvish and Musgrove hot, and everybody pitching in, this could only get deadlier as we go.

Coming Tomorrow- Catcher for a team that the sports pages are having a good time bagging on right now.