The Mitch is Back 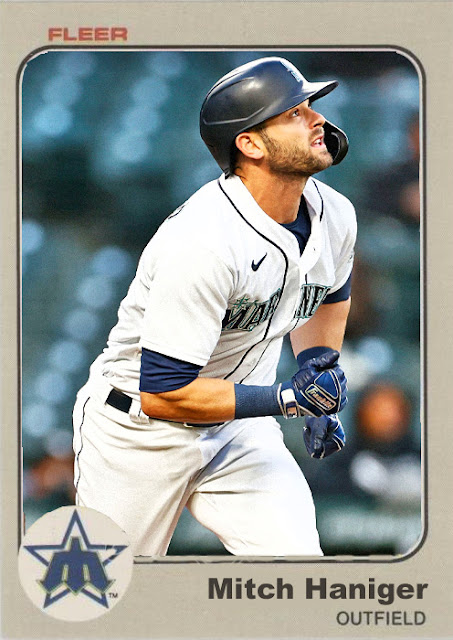 [Not proud of this one. Not even a little.]

The Seattle Mariners are currently 1st in the AL West. I'm as surprised as you are.

The Mariners aren't perfect, but they're doing a lot of little things right. Right now some of their best players are relievers like Kendall Graveman, Will Vest and Anthony Misiewicz, who are all allowing barely any runs right now [despite Misiewicz being injured at the moment]. The best starters right now aren't the big guns like Marco Gonzales and Justus Sheffield, but more under the radar guys like Yusei Kikuchi and Chris Flexen. I was very confused about the sportswriters touting Flexen as a starter to watch this year considering his poor Mets numbers, but he's been fine so far. They were wrong about Paxton making a comeback, though.

The lineup is also operating on odd logic so far. The big rookie, Taylor Trammell, is being productive at the plate but keeps striking out. The heroes from last year, Dylan Moore and Evan White, aren't hitting. The power hitters, like Ty France and Mitch Haniger, are getting a lot done, and the nobodies, like Jose Marmolejos and Luis Torrens, are making cases for starting gigs.

And dare I say it, the central core of this team, which is Haniger-France-Crawford-Seager, is doing really well right now. Seager is picking up where last year left off average-wise, Crawford and France are in their primes and killing it, and Mitch Haniger, FINALLY BACK for more than a few games, is getting right back to where he left off in 2018, focusing on contact stuff while also having a deadly clutch bat.

I know that a series in Baltimore has illuminated the best of this team, but there's more depth here than there's been in a while. Yes, you still have people like Jake Fraley who still can't do well in the majors, but we're also waiting for Kyle Lewis to get off the IL, and eventually for Jarred Kelenic to get his call-up. This team has a chance to be a sleeper hit this year, and even if you have to be realistic and say 'but it's the Mariners, and this is April', there's a lot that's being done right, and there's a lot that a run could be built around.

Stranger things have happened. Besides, it has been exactly 20 years..

Coming Tomorrow- The best player on the Diamondbacks right now is a 35-year-old infielder.