The Mentalist and the Monolith 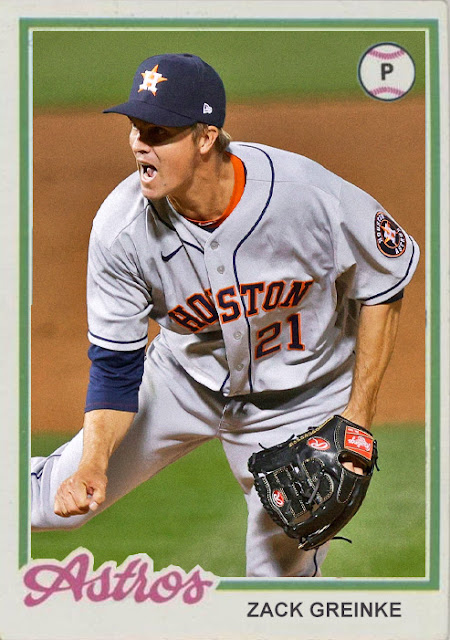 Zack Greinke is 37. THIRTY-SEVEN. He started pitching in 2004 and is still pitching. He's roughly 2 seasons away from 3000 strikeouts, perhaps the only active feasible candidate remaining for 250 wins [Justin Verlander needs to convince me he can still pitch in order for him to qualify], and he's one of the reasons why strikeout artists have become so common in the last 15 years.

And he's also the kind of socially-awkward, unspeakably-odd, mental case representation that I strive for in the bigs. You really have him and Trevor Bauer, but Bauer is more of the chaotic version of Greinke. Bauer spreads chaos, does bad things for intriguing reasons, trolls everybody, and just doesn't care what everyone thinks about him. Greinke's mentalism stuff is surprisingly wholesome, as detailed in an Athletic article I read earlier this year- all his catchers love him but agree he's ridiculously blunt, insanely serious, has a very odd sense of humor, and wavers towards a specific diagnosis. He doesn't exactly mean people harm, he's just unabashedly weird and owns it. Which I can respect.

Also, he can be this weird while also continuing to be one of the best pitchers in baseball, which is even better. So far Greinke has been in peak condition, with a 1.38 ERA in 2 starts, including 8 strikeouts and a win, and leads the team in WAR with 0.7. Not a bad start considering his downer 2020, and the fact that he's 37. Even if the team is without Justin Verlander, they still have a future Hall of Famer at the helm of the rotation anyway, so it could be a lot worse in that respect for the Astros.

Him, Lance McCullers and Cristian Javier have gotten the rotation off to a decent start [Framber Valdez and Luis Garcia still have some work to do]. And, as expected, Bregman, Correa, Gurriel and Altuve are all hitting pretty well and bringing the team up to a decent start.

However, like last year...the Astros doing well is not something that the rest of the league wants. They were punished, barely, they had their big pieces taken away...and because not enough was done, they're still good, they're still leading the AL West, and not much has changed. The theory we had about the team not being the same after having to follow the rules in 2020 seems unfounded now that everybody's doing well again. And so with the A's refusing to be good right now and the Angels being good but human...we may have to face the fact that the Astros might waltz to the end again.

I sincerely hope the momentum shifts. Not with Greinke, with the Astros. Hopefully the two aren't too intertwined, though.

Coming Tomorrow- The team may have been gutted offensively, but they still have some really nice starters.