Some very odd ones in this post. Players that haven't factored into the 2021 season, players who've already been injured. Lots of weird variety as we continue to track down players that Topps misplaced in compiling their sets last year.

Here come another 9, starting with a true puzzler: 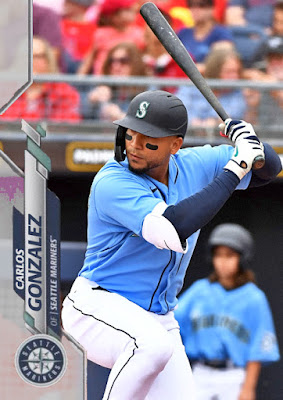 Yep, after becoming an all-star hero in Denver for 10 seasons, and splitting 2019 between the Indians and Cubs, Carlos Gonzalez made one final run at a big league job with the Seattle Mariners. After three straight seasons of subpar work for CarGo, the stakes weren't very high, especially considering that the Mariners were looking to give rookies a chance out of camp. After not making the team, Gonzalez retired midway through the 2020 season. Topps made a Heritage High Number release for him, but not a flagship card. Not that he needed one, but I can strive to be a little OCD on these. 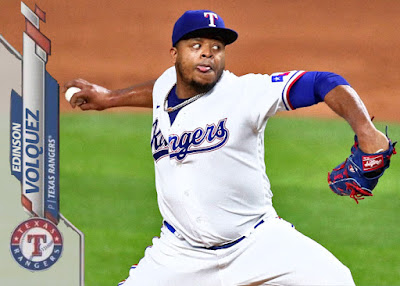 Card #137- Edinson Volquez, Texas Rangers
Year three of Edinson Volquez' bookended return to his roots in Arlington was, like the other two, slightly disappointing. The former 17-game winner returned to his bullpen role from 2019 in 7 appearances last year, and left with a 6.35 ERA. Not much to report, but for a season that may be the longtime starter's final one, it's at least a good bookend. 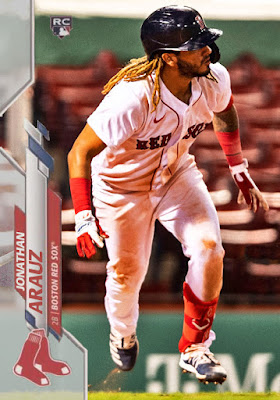 Card #138- Jonathan Arauz, Boston Red Sox
Jonathan Arauz, fun fact, was the PTBNL piece that went to Houston along with Ken Giles in that big Philly-Houston trade prior to the 2016 season. He was picked up by the Red Sox in a rule 5 deal, and made the team last year as the infield frayed. Taking the majority of his starts at 2nd, Arauz hit .250 with 9 RBIs in 25 games, being a much-needed youth presence during the second half of the season. The Sox have not brought up Arauz yet thanks to the presence of Kiké Hernandez, but there's a chance he could still factor into this season in some capacity. 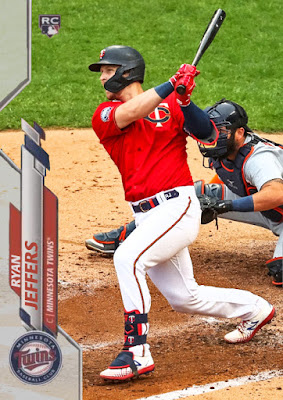 Card #139- Ryan Jeffers, Minnesota Twins
With Mitch Garver slumping and Alex Avila ailing, the Twins needed to call up another option at catcher. Enter 23-year-old Ryan Jeffers, coming off the taxi squad to make a nice run at the position, with a .273 average in 26 games. Since Garver has seemed to reclaim his former numbers, Jeffers is only a backup right now, but the second Garver goes down again, Jeffers will be there. 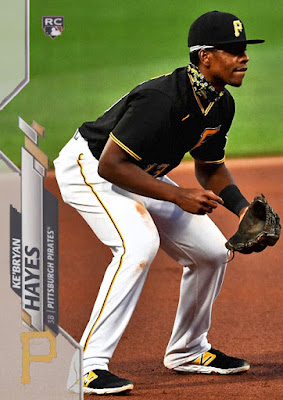 Card #140- Ke'Bryan Hayes, Pittsburgh Pirates
One of the biggest rookie debuts of 2020, Ke'Bryan Hayes came into Pittsburgh in mid-August and immediately became the sole good thing about the Pirates. In 24 games, he bat .376 with 11 RBIs, 5 home runs and a TEAM LEADING 1.9 WAR. Literally, Hayes was the deciding factor in several Bucs games in the last half of the season, and is said to be the centerpiece of the next Pirates dynasty. Right now he's injured, but hopefully he'll come back before the Pirates fall apart any further. 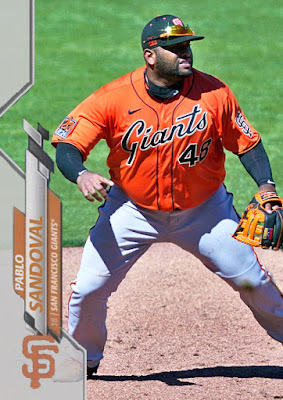 Card #141- Pablo Sandoval, San Francisco Giants
I've already covered Pablo Sandoval's Braves tenure from 2020, but Topps didn't make a card of him as a Giant either, so let's talk about that. Pablo Sandoval didn't get a ton of playing time in SF last season, considering that the team had a healthy Evan Longoria and was focusing on the misfit youth movement. So only hitting .220 in 36 games didn't help much either. Him and Hunter Pence, two of the goodwill signings from the offseason, were gone by September, and Panda left to become a bench fixture in Atlanta. 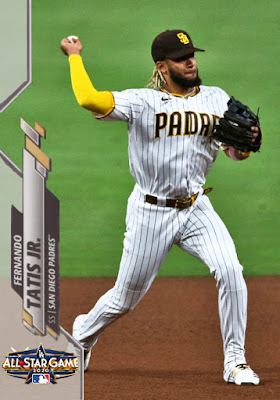 Card #142- Fernando Tatis Jr. ASG, San Diego Padres
Do I even need to say that Fernando Tatis would have been the starting shortstop in a potential 2020 All Star Game situation? It kind of goes without saying. Tatis was the best shortstop in baseball last year, helped the Padres get to the playoffs, and lit up the Rangers with home runs like it was his business. I really hope he gets to ace an ASG this year, especially in a hitter's haven like Colorado. 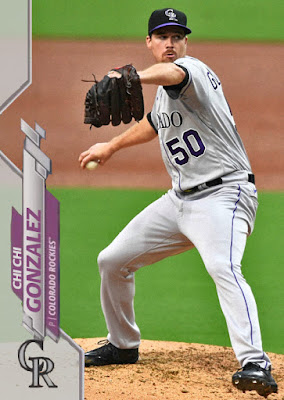 Card #143- Chi Chi Gonzalez, Colorado Rockies
SPEAKING OF COLORADO, Chi Chi Gonzalez was once again on hand as a reserve starter for any injuries that might occur, and since some did [as usual], Gonzalez got 4 starts out of the deal. However, he was left with a 6.86 ERA with 15 earned runs, so not a complete win. But, Gonzalez is still with the Rockies, and is currently doing alright in relief. 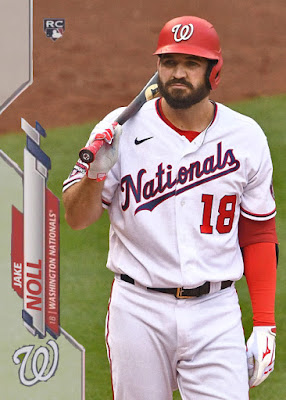 Jake Noll was a 2019 Nationals call-up that didn't work as well as planned. So the Nats tried him again late in the 2020 season, and he did better filling in for Eric Thames at 1st, with a .353 average and 6 hits in 7 games. Used primarily in contact roles rather than power, Noll was overshadowed by more reasonable choices [read: Ryan Zimmerman] at 1st. He could return to the majors some time this year, but if it doesn't happen in 2021, look for him trying to break into a freer roster.

The next 9 cards come on Monday. A few more ASG cards, and a fairly big rookie at #150.