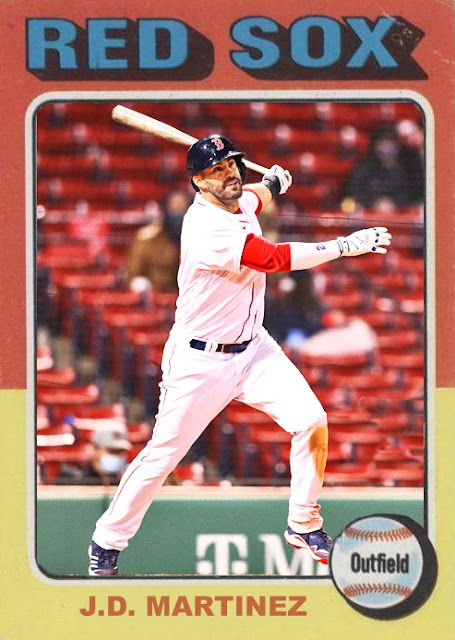 Well...looks like the Red Sox are gonna be competing after all...

I'm honestly not sure why we're shocked. 2018 was the huge year, then 2019 was a down year because the pitching was worse, and 2020 was even worse cause there was NO pitching. But now that we have a competent rotation led by three healthy, strong arms [and also Garrett Richards], the lineup, which even without Betts, Benintendi and Bradley is still strong, can actually mash without being held back.

Meaning...the Sox might be on their way to another big year.

Somebody put up a stat that the last times the Red Sox' ERA through the first 2 weeks was as low as it was, there was a ring at the end of the season. And it's gotten me very, very scared. Since 2004, the Boston Red Sox have not lost a World Series upon gaining admittance to one. They've had some exceptional teams that have missed the Series [the 2005 and 2016 teams especially], but usually either they're on or they're off. And right now, the Red Sox are looking very, very on.

Look at J.D. Martinez. The man is en fuego. He's hitting .378 with 16 RBIs and 5 homers. He hasn't looked this deadly since 2018 in my opinion. We'd lost sight of how ferocious he could be as a true league-caliber DH, and now he's stood out as the hero of the team thus far, not to discredit Xander Bogaerts, Christian Arroyo and Alex Verdugo, who are also all hitting well. Really, everybody but Bobby Dalbec is currently showcasing some decent stuff in this lineup, and everybody seems to be on the same page, which arguably wasn't the case in 2020.

And the rotation is pretty sound too. I honestly wish they'd demote Garrett Richards and let Tanner Houck start games as he rightfully should, but if Nate Eovaldi, Eduardo Rodriguez, Nick Pivetta and Martin Perez keep up the good work, the rest of the AL East is gonna be in trouble.

Which...makes sense, as the AL East already is kinda in disarray. The Yankees and Rays are underperforming, the Blue Jays are under .500, and the Orioles' bubble has popped. So for the Red Sox to be one of the sole constants of the division, and to have a 9-game win streak in April...yeah, that makes sense.

I don't know if the Sox will be sole dominators in this division for the whole season, as you know the big 3 competitors are gonna strike back, but...wouldn't it be something if this was their year? Not that I'm asking for another Red Sox title, just...it'd be a nice surprise given all the Rays/Yankees predictions.