The Insane Pitching Weekend That Almost Was 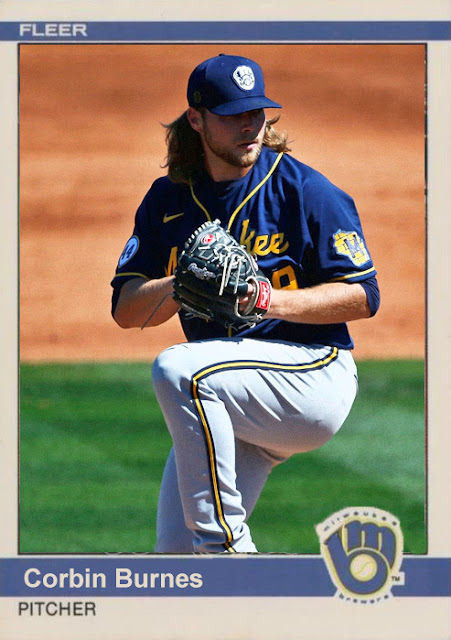 Three pitchers had no hits through six innings in the past 48 hours.

Three. For their first starts of 2021, three pitchers flirted with no-no-dom. Two of them in the same game.

Regardless of whether or not they actually finished the no-no, which none of them did, that's still pretty big. I know we're still in the era of batters swinging for the fences, but the fact that pitching is still a huge factor is pretty impressive.

So, let's talk about all 3 pitchers who went those 6 innings.

The first one was the one you all heard about, Trevor Bauer in Colorado, holding the Colorado Rockies down for six innings friday night with 10 strikeouts and some merciless attitude. A lot of people, mostly me, were worried about Bauer's acclimation to LA from a smaller market, but apparently Bauer is gonna be just fine. The worrying detail is the two consecutive homers he allowed in the seventh [David Price didn't help matters any, sadly], but the fact that he could be so dominant for that long IN COORS FIELD...that says something.

And then there's the other two cases, both in a tight game in Milwaukee. The first six innings contained absolutely no hits, despite being played by two teams that chased each other two days before for a cutthroat game decided in extras, and despite being played by two teams known for immense power, specifically one who set the seasonal home run record two years previously.

And it's not surprising that it came down to two genuinely impressive pitchers holding them down. Corbin Burnes is the one I was really looking forward to, as he's my low-key Cy Young pick for 2021, and it was so great to see him on fire last night, with 11 Ks in 6 innings. If he has a bunch more starts like that, the whole league will be listening.

And then you have Jose Berrios, coming off a down year, completely shutting down any pessimism and striking out 12 in 6 innings. This is the guy the Twins need this year, and it's completely indicative of his former ASG-caliber stuff. Him and Maeda need to stay as hot as they are and the Twins will outdo my expectations of them. Also, the Twins did make the intriguing move of taking out Berrios in the 7th for Taylor Rogers, making the relievers continue the perfect bid [eventually spoiled by Tyler Duffey giving up a hit to Omar Narvaez], but...the Twins did still 1-hit the team that just walked them off the game before. Progress.

Maybe it's the thirst for real-time, regular season baseball, but all this pitching stuff is so exciting to me, and i'd love to see some more similar feats. Let's keep it going, MLB!

Coming Tonight: A recent pickup that seems to be one of the cogs that's making the Angels into a contender this year?