Three posts left of the 2020 Final Edition set I made this year. We've got very interesting, very well deserved cards in each of the three, and lots of fun cases to talk about all around. Very odd to me that we're rounding the end of this set, after starting it way back in February. Man this flew. 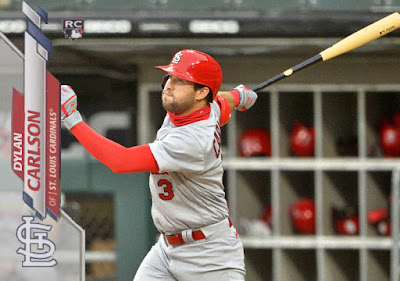 As discussed recently when I brought in Max Schrock's card, the Cardinals called up a host of players to counteract a good chunk of their roster going on the COVID-related injury list, and that included outfield prospect Dylan Carlson, who was sort of chilling in the alternate site without a real minor league year. That may have explained why Carlson only hit .200 in 2020, with 16 RBIs in 35 games. Carlson thankfully is having a much better year in 2021. 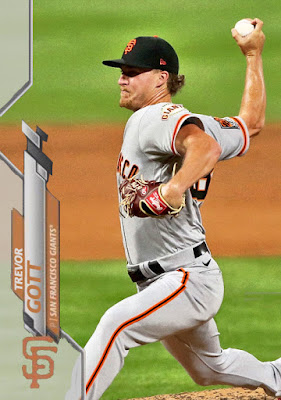 Card #308- Trevor Gott, San Francisco Giants
After an impressive 2019 season in San Francisco, former Washington reliever Trevor Gott was brought back on as a relief specialist for the 2020 season. Unfortunately, the more controlled material Gott was dealing in relief in 2019 had dissipated, and Gott posted an unnerving 10.03 ERA in 15 appearances. Something was up with Gott's mechanics, and he just wasn't getting it done. Gott is still in the Giants' system, but hasn't made an appearance yet in 2021. 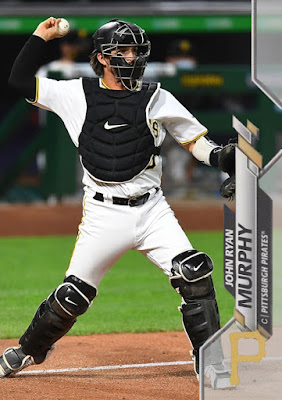 Card #309- John Ryan Murphy, Pittsburgh Pirates
After leaving the Yankees in exchange for Aaron Hicks, John Ryan Murphy became a journeyman backup catcher, finding roles in Arizona and Atlanta before landing in Pittsburgh for the 2020 season, as a backup for Jacob Stallings. Murphy was more relied upon for his defense, but hit .172 with 10 hits in 25 games. Sadly, this wasn't enough for the Pirates even, and Murphy was released. No one picked him up during the offseason, and we're led to assume that Murphy's career has ended. 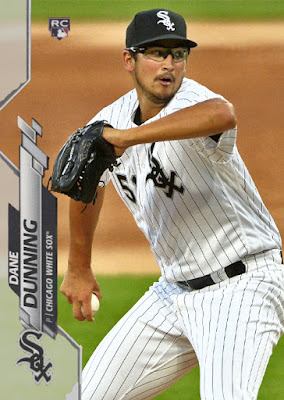 Card #310- Dane Dunning, Chicago White Sox
One of the biggest nights for rookie call-ups in the MLB last year may have been August 19, 2020, where the Tigers and White Sox both started rookies pitching their first career games. The Tigers had Casey Mize, but the more dominant pitcher that night was the less well-known one, Dane Dunning, who the White Sox brought up. Dunning also had the brighter 2020 season, with 2 wins and a 3.97 ERA in 7 starts. Dunning did start a game during the AL Wild Card series against Oakland, and pitched 2 scoreless innings, but it wasn't enough. Then, during the offseason, Dane Dunning was the main piece sent to Arlington in exchange for Lance Lynn. While Lynn is currently looking like the better piece of the deal right now, Dunning has been alright in 13 starts for the Rangers. 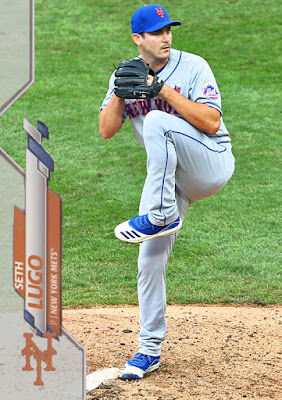 Card #311- Seth Lugo, New York Mets
Yes, Seth Lugo did not get a card in 2020 Topps or Update. Seth Lugo is one of the relievers that Topps is usually not shy about making cards of, and yet he got nothing last year. Honestly, Topps did manage to somehow skip over Lugo's most human year to date for the Mets, as he pitched a 5.15 ERA in 16 games, and botched an attempt at getting the 9th inning job. The good news is that Lugo is on the right track for 2021, and has been sharp so far. 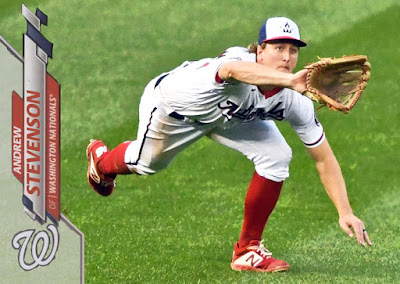 Card #312- Andrew Stevenson, Washington Nationals
Stevenson has been bopping between the minors and the Nationals bench for a few years now, but in 2020, he followed up his impressive bench numbers with the WS team with more impressive bench numbers in 15 games. In that time, Stevenson hit .366 with 12 RBIs and 2 home runs, had his highest WAR finish to date with 0.9, and was some much-needed pop to a fairly anemic lineup. Unfortunately, Stevenson's average has gone down for 2021. 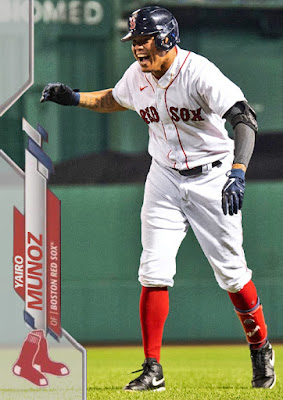 Card #313- Yairo Munoz, Boston Red Sox
Yairo Munoz was a Cardinals farm piece who the Cardinals did not have room for, and he was signed by Boston right before the 2020 season was due to start. Thankfully Munoz held on for the rest of the pandemic-lengthened offseason and made a nice impression in 12 games for the Sox in September, hitting .333 with 15 hits and 4 RBIs. Due to the return of the Red Sox' stacked roster depth, Munoz hasn't been brought up yet in 2021. 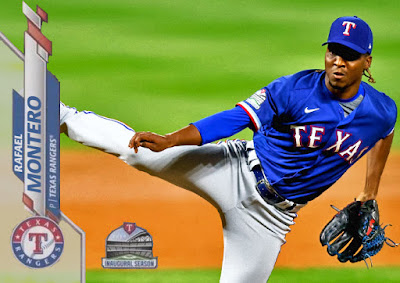 Card #314- Rafael Montero, Texas Rangers
It became increasingly apparent that the closing job in Arlington would be a very evasive role, due to the lack of any clear frontrunner. About midway through the season, though, the Rangers decided on Rafael Montero after a few consecutive nice saves. Montero proceeded to notch 8 saves in 8 opportunities, and stay on as a relief specialist as well. Though his 4 ERA was not perfect, it provided durability the Rangers needed in the ninth. Of course, the rest is history- the Rangers ship Montero to Seattle for prospects, Montero gets another 9th-inning job but struggles, and the Rangers get a surefire closer in Ian Kennedy. 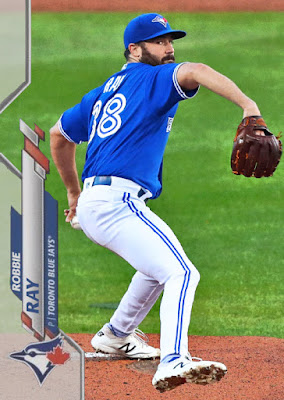 Card #315- Robbie Ray, Toronto Blue Jays
In the midst of Robbie Ray's most vulnerable season in Arizona since coming up, the one variable that teams figured would turn the tide would be a venue change. So the Blue Jays dealt for him, and hoped his ERA would go down. And...it did, from 7 to 4.79. Ray still struggled in Buffalo, with a high WHIP and  only 25 Ks in 5 starts. He also received the loss in his only postseason appearance with the Jays. Thankfully, Ray is warming back up, and has a 3.45 ERA and 92 Ks so far, much more traditional numbers for the fireballer.

The penultimate post of this large set comes on Friday. A few intriguing rookies and stories lie in here.