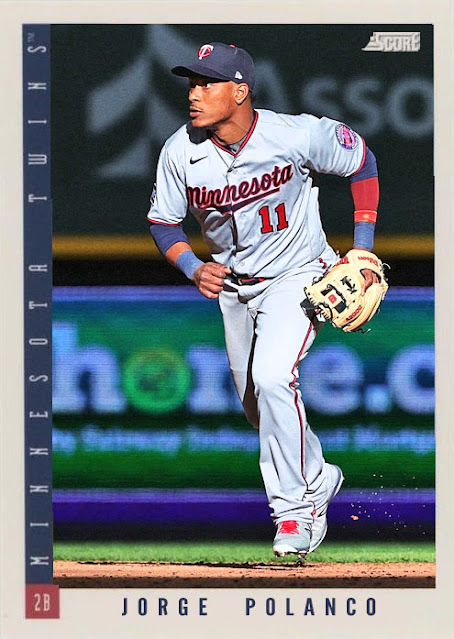 I think the best way of summing up the Twins' 2021 season is Byron Buxton, after missing a month of time and building up some of the best numbers of baseball, immediately breaking his finger on a pitch and being out for even more time now.

The small glint of hope, and the crushing realization that it is finite and already over. The Minnesota Twins.

I can't help but feel bad for these guys after all this. Next to the Vikings, the Twins have come closest to breaking the 30 year Minnesota sports title drought, had the incredible 2019 year where they outhit everybody [thanks, arguably, to Rob Manfred juicing the balls], and have accumulated such league-talents as Nelson Cruz, Josh Donaldson, Andrelton Simmons and Kenta Maeda. And yet they just dropped below the Tigers in the standings, are sitting at last in a basically-clinched AL Central [the White Sox have it, and by it, I mean a healthy starting rotation, Cleveland], and just lost Byron Buxton again.

What's there left to do but shake one's head?

The Twins this season have had to rush to build their team around new callups like Trevor Larnach, Ben Rodtvedt, Alex Kirilloff, Nick Gordon, Bailey Ober and Ryan Jeffers. Some of them, like Larnach and Gordon, are working pretty well. A lot of them aren't. It's very hard to roll out a great deal of the next generation of a team while the previous one is still intact, and expect them to jump right to it. Come on, Nelson Cruz is still here. Miguel Sano is still on the initial contract. Give this a rest for a moment, man. I understand that a lot of people are getting injured, but this is how you confuse people.

It must not be very fun for Jorge Polanco, having a nice enough season but still only hitting .249. Polanco, a lot like Mike Zunino and Drew Smyly and other players I despise, came to prominence for seasons that, by my standards, weren't very good, and were sort of expected to continue to the level of their one good season but haven't. But Polanco is very valuable in WAR terms, is alright defensively, and hits enough to sort of be a solvent overall hitter. He's not spectacular, and hasn't been since 2019, but because he's one of the few players in Minneapolis not completely disappointing people, he's getting traction. Plus, Donaldson and Simmons are both pulling pretty pedestrian, one-dimensional seasons thus far, which is honestly pretty disappointing, and Maeda, while better than he was to start the season, needs to pick up the pace.

I wish things weren't so dire for the Twins, but this is the way things go some years. Never a middle ground, either 1st or last. Which means maybe they'll have a chance next year.

Coming Tomorrow- After hopping from team to team for 5 seasons, who would have thought that Cincinnati of all places would be a competent home for this guy?