The Rays That Wouldn't Die 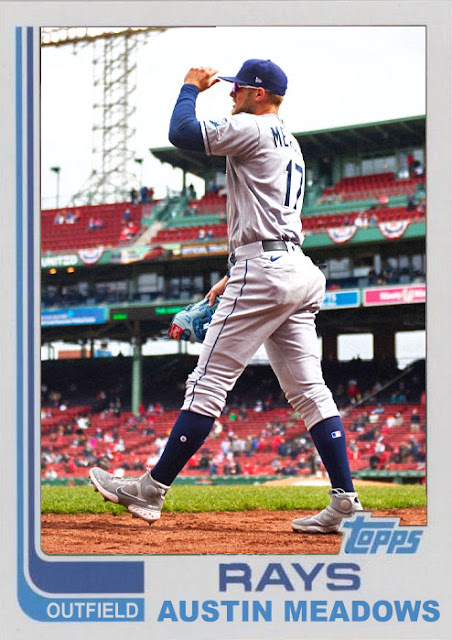 When the Rays traded Willy Adames to Milwaukee in exchange for two relief pieces, I thought it was signaling a shift in strategy. Adames was a big piece that could thrive in another market, the relievers were more of a short-term need, the Rays were looking at a cool-down period. This was when they were trailing the Red Sox and Yankees in the standings, and were trying to work their way back up.

Since giving up Adames, however, both the Brewers AND the Rays have dramatically rose up the standings. The Rays' was the most dramatic though, as they're now 43-25, the best record in the major leagues, towering above even the White Sox and Giants. So to anyone who thought the Rays would be a lower-key team after their 2020 World Series run, including this writer, revisit your expectations immediately.

The main tactic this team is using is just overpowering everybody, but with as many contact, RBI-friendly guys as possible. Brandon Lowe, Joey Wendle, Randy Arozarena, Manuel Margot and Austin Meadows all have over 30 RBIs- Meadows has 50. Meadows' 50 RBIs is the fourth-most in the MLB, and the third-most in the AL EAST. DAMN, THIS DIVISION IS STACKED. Yet Meadows' high-pop stuff, including a team-leading 15 homers, is definitely a trusted quality of this team, even if he's not exactly hitting for average.

Matter of fact, that seems to be a theme with a lot of this team. Brandon Lowe has 30 RBIs, but is only hitting .200, meaning his disappointing follow up is now a one-dimensional one. Brett Phillips and Francisco Mejia have 15 and 13 RBIs off the bench respectively. Mike Zunino has 12 homers and 25 RBIs, and YET AGAIN REFUSES to hit for average, this year hitting .191. I've done this rant before, but for the amount of times Zunino has hit .200 and below, he really shouldn't be a starting catcher. Hell, he has a career .200 average, and has only hit over .250 once in his career. But, he has good power numbers, so the Rays use him for that.

The one snag in the Rays' plan right now is an injury to Tyler Glasnow, who has become a surefire ace for Tampa and a league talent this year. The team is now relying on lower-tier starters like Ryan Yarbrough, Rich Hill and Michael Wacha to carry the load, and they can only do so much. I don't worry too much about these other starters, but now there's no real...ace-caliber guy here, so the opposing offenses, especially of teams like the White Sox, Mariners and Red Sox who are coming up, may have fun with that.

The good news is that the Rays have the potential to keep outhitting their opponents. So maybe they'll be alright.

Coming Tomorrow- Must be nice for this guy to finally not be relied upon too much to be the sole ace for his team.