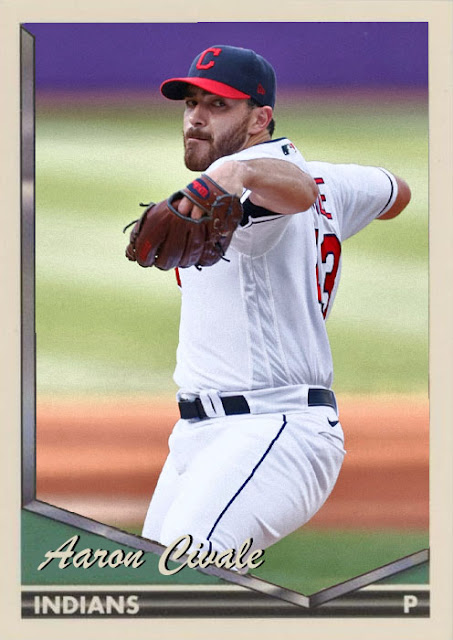 Well, it's a good thing Aaron Civale has been on such a tear recently. The hurler's 7-2 record, 58 Ks and 3ish ERA has been a solid performance out of the rotation stalwart, and he and Shane Bieber have both been consistently reliable. But as of now, Zach Plesac's on the IL, Logan Allen and Triston McKenzie are in the minors, Eli Morgan's first start was a colossal failure, and the team is relying on people like Juan Carlos Medina, Sam Hentges and Phil Maton for starts. The era of close-knit Indians rotations may be coming to an end.

And yet, as this Indians team is decidedly different than the ones that came to prominence in the latter part of the 2010s, they're still winning games and chasing the White Sox for the division. Not only has this team traded relatively well, as evidenced by the impressive Amed Rosario, Cal Quantrill, Josh Naylor and Emmanuel Close performances this year, but they're capable of getting nice returns without people even thinking about it. Right now, former Marlins outfielder Harold Ramirez has been one of the major outfield contributors due to injuries, and he's been pretty nice so far.

The big issue, again, is the last of contact hitters. Austin Hedges, Jake Bauers, Andres Gimenez and Yu Chang have been disappointing in this respect. Even people like Eddie Rosario and Cesar Hernandez, who are definitely heating up considering earlier numbers, are only hitting around .210 or .220. It's important to have them both because their work is contributing to the Indians' identity, especially after Lindor's absence, and it's nice that they are at least working power numbers, but...I'd expected a bit more from either, especially the usually-contact-friendly Hernandez.

And yet, despite recent injuries [Franmil Reyes is a big one], the Indians are still winning games, are still one of the best teams in the AL Central, and are still very well over .500. Admittedly, they aren't as hot as they were at the peak of May, but they still have a lot of life left in them, and could be a very big player in the AL race over the next few months.

Coming Tomorrow- One of the most fun players in the majors, and thank the gods he's on a hot streak right now.