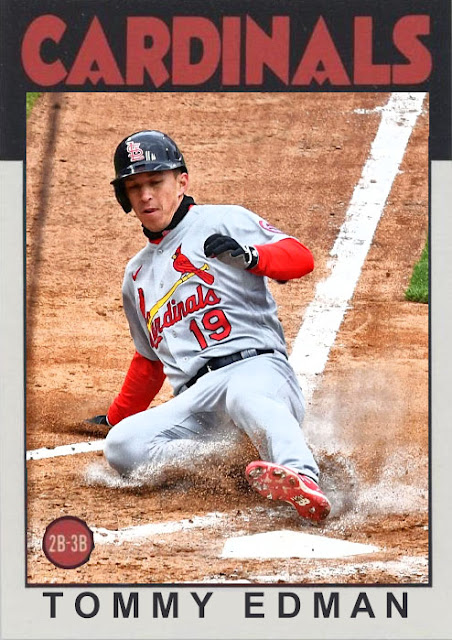 [deep exhale]. The St. Louis Cardinals have only won two games since May 28th.

The Cardinals are in fourth place, behind the equally hot Reds, Cubs and Brewers.

The Cardinals are human. Oh my stars. And if it bleeds...we can kill it.

The funny part of all of this is that the core is honestly still playing pretty well. Tommy Edman is coming to prominence, wins or no wins, with some great contact numbers and 12 stolen bases. He is an all-around fun player who doesn't always swing for the fences and is giving this Cardinals team way more dimensions. Considering the last fun little contact hitters, Matt Carpenter and Paul DeJong, are both hitting under .200 and going full-power, it's a nice thing to see.

Plus, this team still has Nolan Arenado, Tyler O'Neill, Paul Goldschmidt, Dylan Carlson, Alex Reyes and Yadier Molina all playing well. There is good energy in the lineup, in the rotation and in the bullpen, and this team is still built like a good baseball team. Just...they've gone absolutely cold, and in series' with crucial teams like the Reds, Cubs and Dodgers, three teams who are only getting stronger as they day goes on, and three teams that are now further up the Wild Card standings than they are.

What happened?? Well it may have something to do with the back half of the rotation, and struggling moments from Carlos Martinez and Johan Oviedo. Also, Jack Flaherty and Kwang-Hyun Kim are both hurt, Jordan Hicks and Miles Mikolas have gone right back onto the IL, and the depth this team teased for so long is getting put to the test. Also, too many people in the bullpen have inflated ERAs, and it's heartbreaking that it's people like Andrew Miller, Daniel Ponce de Leon and Ryan Helsley, who flashed brilliance for this team before.

And while the lineup is good, the holes are keeping it down. DeJong and Carpenter aren't hitting, that's been established. But the CF position is a black hole, with Harrison Bader injured, Justin Williams demoted, and Lane Thomas not hitting. It's a worrying detail, especially considering how one-dimensional Bader will be once he gets off the IL. The fans will start yelling 'TRADE FOR JOEY GALLO' or some dumb shit like that and maybe that'll help, but at what cost?

I firmly believe the Cardinals will be back, and they'll rise right back up the standings and piss me off some more later this season. But this, I've gotta admit, is pretty nice. Go Reds.

Coming Tonight: A perennial flamethrowing ace that Topps refuses to make cards for, despite not being contractually blocked from doing so.