Where the Story Ends? 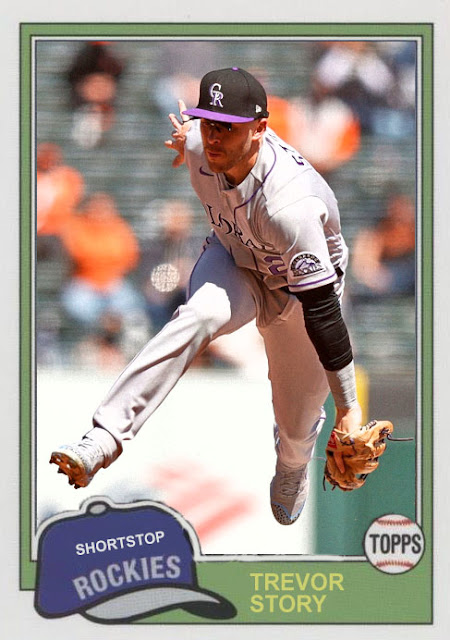 When Trevor Story had his incredible homer-heavy debut in 2016, bashing some records and everything, I scoffed at the friend of mine who drafted him very early in our fantasy baseball draft. He'll give you points in April but not in September. Which is what kinda happened. I just figured that Story would burn out and not have the career befitting of his insane first month in the bigs.

Thankfully, I was wrong, and Story slowly transformed into a five-tool player with great contact abilities, a stolen-bases title in 2020, and a perennial MVP candidate for the Rockies. He was never the top performer, and for a while he was in Nolan Arenado's shadow, but he always stepped up and had big moments when he needed to.

Now, we're heading into the last season of Story's contract with the Rockies, and it's really just him and Charlie Blackmon left in the lineup from the competitive teams. And Story, on a weaker squad, without Arenado, just isn't as compelling. He's hitting .253, he only has 8 homers and 32 RBIs, and he's deferring to people like Ryan McMahon, Raimel Tapia and Josh Fuentes. The future of the team is running this lineup, and Story's kinda checked out at times.

I think he also knows that he's gonna be one of the big pieces on the board during the trade deadline push, and that teams like the A's and Dodgers could be looking for either an upgrade or a replacement at short. It could be the Rays, if they're not confident in Wander Franco. It could the Cardinals, which would really suck. It could be someone else entirely. But Story probably knows he's heading into his last month with the Rockies, and he's doing his best to stay confident and stay loyal. But it's tricky.

The Rockies are not a last place team this year, but they're not great. The best news is that they finally have Chris Owings healthy again, but will he measure up to his initial breathtaking at-bats this year? Marquez and Gray are pitching well, but Freeland is struggling again and Chi Chi Gonzalez isn't a great fifth starter. Daniel Bard's still blowing saves, the bullpen's a mess, and sometimes they just have to hope the Coors Field magic only shines on them.

I wish this team could have a longer good luck stretch. But it may not happen with Trevor Story.