Yanks Update: Pick a Direction and Stick With It Edition 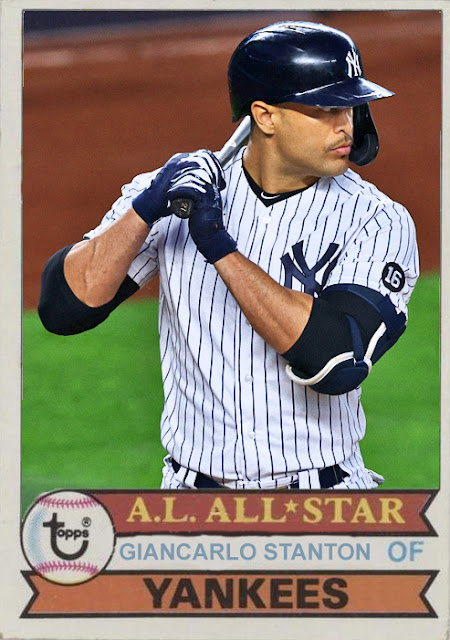 You win 5 straight, then you lose 4 straight. You're gonna give the fans whiplash.

This past week, after the Yankees lost a three-game series to current bottom-feeder the Detroit Tigers, fans were posting on social that this was the most unforgivable period in the team's recent history. Proving once again that Yankee fans have a goldfish-esque memory. What, losing 3 games to the Tigers is worse than completely collapsing due to injuries two years in a row, or the entire team just giving up for 2/3rds of the 2016 season, or even A-Rod bailing on the team because he wanted to take up broadcasting?

The Yankees have been a good team for the past 12 years, but never the best. And in not being the best, the Yankees made mistakes that were occasionally benefitting of a bad team. At times, they were, in fact, a bad team. But because of the money built into the project, they were never the worst. So yes, losing games to teams like the Tigers is bad...but they're as bad as things can get around here. The Orioles have lost 14 straight even with John Means. The Pirates don't have starters, they have suggestions. It could get a lot worse.

There is truth to the statistic that Giancarlo Stanton and Aaron Judge have played a diminutive amount of games together since Stanton arrived in 2018. This is season number four of it, and now that Stanton's healthy again, it's now a race to see if he can get hot again before Judge cools down or gets injured. Stanton was hitting well in May, he was on fire, and then he got injured and has been shaky since being activated. Judge has been impressive as hell with 13 homers and 29 RBIs, but the lineup needs more pop, and having Judge and Stanton on at the same time would help. It would also help if Clint Frazier, Brett Gardner and Rougned Odor started hitting, but that's neither here nor there.

The good news is the pitching has been competent, and Gerrit Cole, Domingo German, Jordan Montgomery and, injury notwithstanding, Corey Kluber, have all been successful this year. Chapman's been lights-out in the ninth. Pretty much the entire bullpen has been sharp, but Boone really needs to stop using Nick Nelson for things. He's...not helping whatsoever.

There are still problems with this team, ones that could hold us back when the divisional race gets real soon enough, but...we have more than most bad teams do. And we have a chance to still do great things this year. It just takes this team just committing to getting its shit together and not being shut out by people like Rich Hill.

Coming Tomorrow- Up until the other night, he was actually beginning to have a really nice season for the Phils.