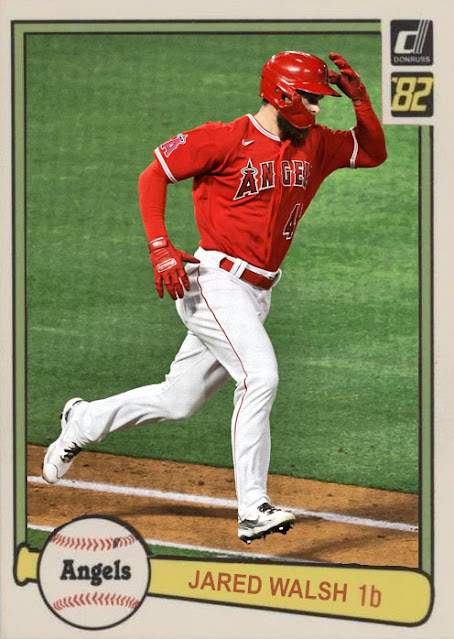 A lot of the bad luck is a number of the guys the Angels banked on having great seasons, like Dylan Bundy, Anthony Rendon, David Fletcher and Justin Upton, just handing in very okay material. Upton at least is picking up in terms of power numbers, but his ability to hit for average seems to be gone. Bundy has yet to win a game, meaning Andrew Heaney and Alex Cobb have to pick up a ton of slack.

And at the very least, Raisel Iglesias, Steve Cishek and Tony Watson are turning in decent seasons out of the pen, but the homegrown bullpen movement from the last few years has all but dissipated. The core of Keynan Middleton, Ty Buttrey, Cam Bedrosian and Noe Ramirez is all pretty much gone, replaced with lots of veteran guys who are doing either alright or badly. Hunter Strickland they shipped out of Tampa, where he was doing well, and now he's got a 7 ERA and is back to where he was, kind of.

The one move the Angels made this year that has paid off has been releasing Albert Pujols so Jared Walsh can start at first. Jared Walsh should have been starting at first for the last few years, contracts be damned. Walsh's power numbers are still excellent, he's hitting .302 with 13 homers and 39 RBIs, and has filled the void since Trout had hit the IL. Walsh has the numbers of someone who's a lot more one-dimensional than he actually is. He can hit for average, he can do contact work, he can nickel-and-dime pitchers. But he is very powerful and the long-ball is his friend. He's just young enough to have enough facets, I suppose.

And also...Shohei Ohtani's still having an incredible year. That hasn't gone away. Ohtani is still phenomenal, both at the plate and on the mound. I love that this has worked out for them. I hope he continues to.

But yes, the contending Angels team we thought was coming a few months ago isn't happening. Best to regroup now and prepare for long-game as soon as possible.

Coming Tomorrow- Colorado is so strange right now, it's like Jurassic Park. In the absence of actual power hitters, the contact hitters are slowly morphing into RBI-mashers. Like this speedster.