Too Good to Hate? 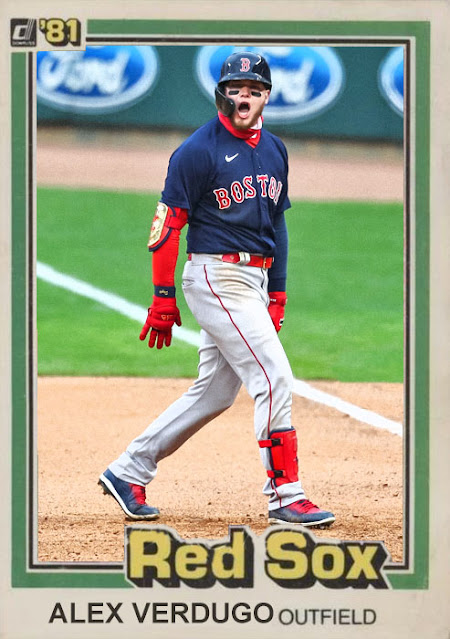 The Boston Red Sox have the best record in the AL right now. And yet I'm not exactly quivering.

As a Yankee fan, I've been trained to actively dislike these omnipresent Sox teams because of infuriating figures like David Ortiz, Kevin Youkilis, Cody Ross, even Nate Eovaldi a little. But this current Red Sox team...honestly doesn't have a lot of people that are worthy of scorn from me.

Like, let's look at Alex Verdugo, the outfield contact bat pilfered from LA in exchange for Mookie Betts. Verdugo has been a worthy successor for Betts on a number of levels, and currently has the fifth-highest WAR on the team, with 32 RBIs and 9 home runs. He's also 25, and acts like every chuckleheaded kid-at-heart guy on the ballfield. They had him mic'd a few weeks ago and he's a lot of fun, like he's a jokester and barely-serious even when he's in the outfield. Kind of a joy to have around.

And the Sox have a lot of guys like that. I feel like Rafael Devers is also kind of a goofy guy at heart, cause he's only 24 and he's still technically a veteran. Hunter Renfroe might fall into that category as well, and it's a nice change of pace to see him hitting somewhat for average. And obviously Kiké Hernandez must be fun as well. So really, there's not a lot of people I hate because they all seem like they're really in with each other and enjoyable to watch. Yes, you can argue that Cody Ross was like that as well, but none of these guys have punchable faces like Ross did.

The rotation is similar. Yes, some of these guys, like Eduardo Rodriguez and Nick Pivetta, have gone down a few pegs since the last time I wrote about this team, but you just kinda have to respect Eovaldi at this point. He's been thrown into an ace position for the second straight year, and he's still making it work. Yes, it'd be nice if Chris Sale came back this year, but even if not, Eovaldi, Martin Perez and Garrett Richards, along with Pivetta's better numbers, are good enough to tide people over.

The Sox have a moderately difficult stretch ahead, having to play the A's and Angels as well as the Royals and Phillies [which are easier wins]. They are still the favorite in the AL East, but with what Toronto and Tampa are doing on the trade front, it may be tricky for them to hang on. But even if they do...I might not hate them as much as the other competitors in the division. There, I said it.

Coming Tomorrow- That hard-hitting Mets outfielder that's stayed healthy even when the rest of his team hasn't.