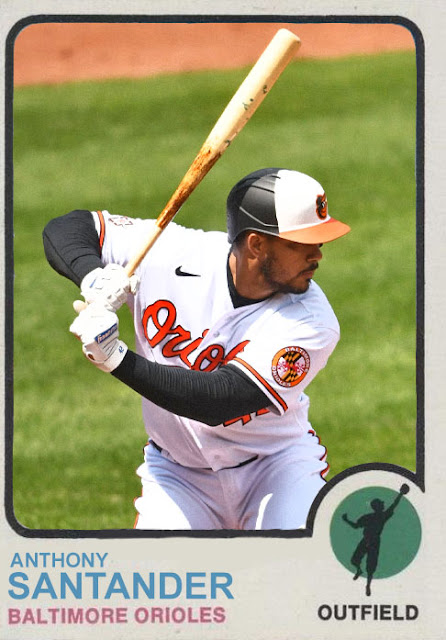 Welp. John Means is hurt. So any chance of the Orioles finishing with less than 100 losses just got spoiled.

This Orioles team is honestly pretty similar to last year's. There is a sole offensive presence leading the charge, but instead of Anthony Santander, who led the team in 2020, we have a stronger contact performance from Cedric Mullins. Mullins has been seen as the heir apparent in Baltimore since being brought up the week of Manny Machado's departure in 2018, and only recently began to deliver on those promises. This season, Mullins is hitting .322 with 73 hits, 18 RBIs and 9 homers, a very strong statement for a team without much to say. Mullins is a favorite to place within reason for the ASG voting, and may be a piece worth building the team around in the next few years, especially as the possibility of promoting Rutschman grows more and more likely.

But where does that leave Santander, who was so powerful last year? Well...he was injured briefly this year, and is back now, but he's hitting .269 with 15 RBIs, which isn't much compared to a lot of this team, even putting the gameplay difference into account. Santander can still hit for power, and he's still an impressive outfield piece, but as Mullins and Mancini do more for this team, he's looking less and less valuable by the day. I hope he turns it around, but he needs to prove that 2020 wasn't a fluke.

I mean, what the hell else is there to talk about regarding this Orioles team this year, now that Means is hurt? Austin Hays was having a decent month but now he's hurt as well. Freddy Galvis is doing alright, but he's not the infield piece he once was. Ryan Mountcastle had a very big week last week, but he's still got a ways to go before he makes up for his first 2 months of the season. The rotation's full of people who wouldn't be starting anywhere else, the bullpen is trying but isn't all the way there, and no one has thought about Chris Davis in over a year.

At the very least...there is still a tiny bit of fun still intact with this Orioles team. Especially in the lineup, like this weekend's blowout bash against Cleveland. But that's basically all that's left to hang onto.

Coming Tomorrow- Of all players to singlehandedly define their franchise's lifespan, I think the Nationals picked a pretty good one.