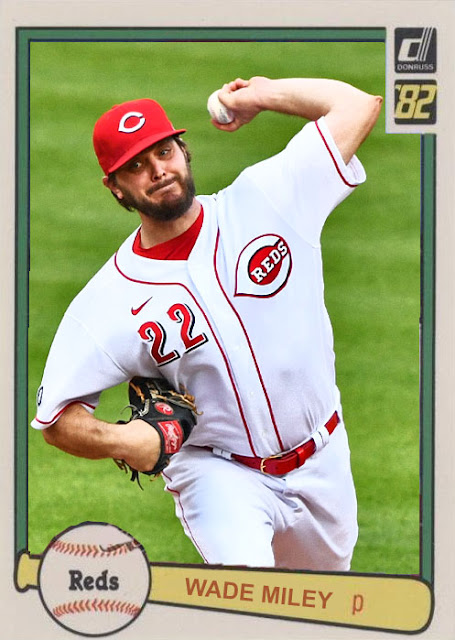 There's been an alarming trend of players who throw a no-hitter this season winding up on the IL for a period of time afterwards. It's happened to John Means, Corey Kluber, Spencer Turnbull, and yes, Wade Miley. Really the only no-no thrower to avoid IL time has been Joe Musgrove, though the season is still young.

It does factor into the question of whether or not pitchers are throwing too hard right now. Because pitchers aren't normally throwing 9 innings, and it's very suspicious that the ones who have thrown 9-inning games, at least those lifted, have had shoulder or arm trouble a few starts later. Pitchers aren't able to sustain 7-inning starts anymore--thanks to the expansion of the bullpen and the rise of hard-throwing strikeout artists, most pitchers only go 5 innings and then stop. The age of pitchers going every 4 days and doing 8 to 9 innings while not throwing so hard is probably over, because the batting strategy is to always swing, and so the pitching strategy is to always throw strikes.

Yet Wade Miley's no-hitter was one of the more surprising ones online. Miley never threw particularly hard, and was never a CG guy, but there he was, mowing down the Cleveland Indians and throwing a no-hitter not because the ball was deadened, not because of any substances, but because he was just...on that night.

In that respect, Miley's more of an old fashioned pitcher than most people give him credit for. His highest strikeout total was 183 with the Diamondbacks in 2014, he was available for pretty much any starts with the exception of some injuries in 2018 and 2020, and sometime next week he'll have pitched his 1500th inning, which Yu Darvish, who came up the same year as Miley did and had showier seasons in that time, is another 2 years away from. Miley just gets up there every 5 days, throws a consistent game, doesn't allow many runs, and goes home. It's that simple. He just happened to throw a no-hitter this year, but it was honestly bound to occur eventually.

The Reds, meanwhile, are back at .500 after an impressive surge last week and are trying to stay above the Cardinals in the standings. The Reds have to play the Braves and Phillies, which shouldn't be too difficult, and they have Castellanos, Winker, Stephenson and Aquino playing well. I always root for the Reds, they're fun and likable all the way through, and while they may not be able to squeak into the postseason this year, I want them to finish over .500 and slowly begin to build their way back up again.

And having a consistent, impressive Wade Miley certainly helps.