The First To 40 Losses 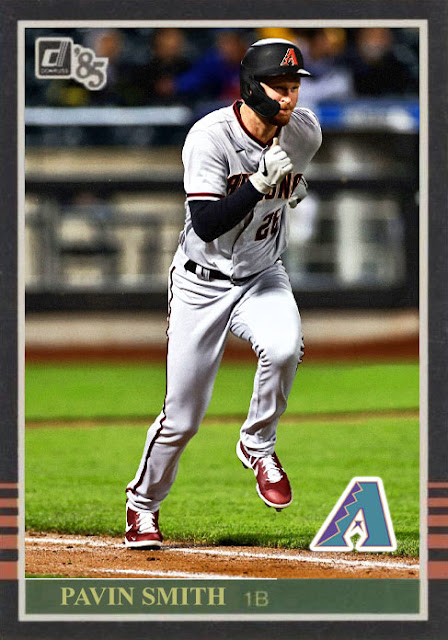 For a while, it was a battle between the Orioles, Pirates and Tigers as to who would be the worst in the league. And then a dark horse challenger appeared in mid-May, and slowly got worse and worse over the last week or so. The Arizona Diamondbacks.

So what's the problem? The pillars of this team, relied upon to carry them to the top, have not delivered. Ketel Marte, Madison Bumgarner, Zac Gallen, David Peralta and Christian Walker have only accomplished so much. Eduardo Escobar has 14 homers, but again it has come at the cost of his contact numbers. The majority of the bench isn't hitting, with the exception of Josh Reddick for some reason. Carson Kelly and Asdrubal Cabrera have come back to earth.

And we at least have Pavin Smith, who was up for a few games last season to preview his skills, but is now taking the 1st base job from Walker handsomely, with a .290 average and 21 RBIs. Smith looks decent, and definitely could be a player to mark the next stage of Diamondbacks baseball, but I'm not getting much dimensionality thus far. He's not standing out like Marte or Goldschmidt did. I could be very wrong, but he could bridge us to the good teams and promptly fade off.

Meanwhile, DEAR GOD WHAT HAPPENED TO THE ROTATION? I turned around for five seconds, and suddenly Bumgarner, Weaver, Gallen and Widener are all hurt. Merrill Kelly is the only surviving opening day starter, and he's got a 5 ERA again. And while Caleb Smith has been a useful starting piece, a lot of the guys that are getting starts, like Matt Peacock, Riley Smith, Jon Duplantier and Corbin Martin, aren't great choices. Also, Stefan Crichton, who looked like he'd be a good closing pick, isn't getting much done at all in the ninth.

I'm already hearing about how this team is gonna be divvied up at the deadline, and how David Peralta and Eduardo Escobar are getting looked at by competitors. Honestly, if it's gonna get this team back to a rebuilding phase again, I say it's about time. They built a team for a 2018 run, they did well enough, and then they gave away Goldschmidt and let it all fall down. They decided they wanted years like this 3 years ago, and now look what they've got. So yeah, sell the big guns, replenish the youth, do SOMETHING. Just don't start a trend of years like this.

Coming Tomorrow- This kid's a year younger than me and he's leading the league in RBIs. That makes me feel good.