Untitled (How Does it Phil?) 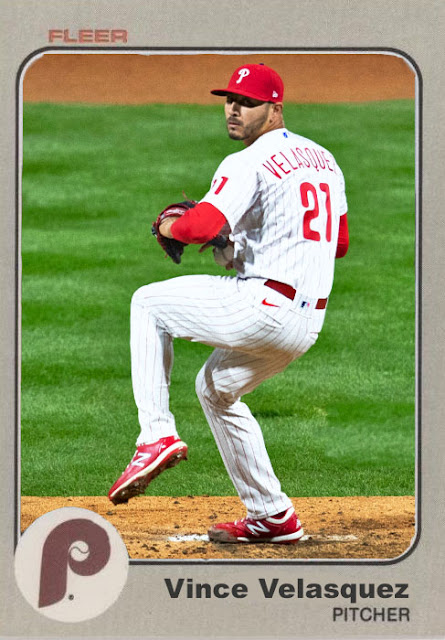 The Phillies could have the second coming of the messiah playing third for them and they'd still be in third and under .500

I don't know why this team is incapable of making things work, especially given all the talent they've amassed onto one squad. What typically happens is that one big piece gets injured, that being Bryce Harper right now [and also Didi Gregorius], and then another big piece completely stops hitting, that being Alec Bohm or even Andrew McCutchen. And then the pitching gets really good, and at that exact moment the lineup refuses to back them.

The shocking part is that Vince Velasquez hasn't started blowing starts til now, but I think he wanted to just wait until we put our confidence in him, after he had a really nice May with some awesome starts. And then he craps out on us in a game against the Reds of all people. Giving homers to Max Schrock and Kyle Farmer. The old Vince is back, it's not just clear for how long he's staying in town. Thanks to Spencer Howard edging out Chase Anderson, he does still have a rotation job, and he's not at the point where he's blowing consecutive starts, but...with Vince, one bad start could be a gateway to 5. It's never clear.

At the same time, Velasquez has made a pretty tight starting group with Aaron Nola, Zack Wheeler and Zach Eflin. All four have ERAs around 4, and all except for Velasquez have 50+ Ks. Wheeler is having an incredible season, perhaps his best to date, and hopefully can stay healthy and durable enough as the team continues. And again...some run support would be nice.

The odd part is that a new hero has arrived in this team, and it's one that a lot of people don't really want there. Odubel Herrera was charged with a domestic assault suspension a few years ago, didn't play in 2020, and worked his way back up to the starting CF job this year and is one of the team's best hitters, with TWO HOMERS last night, a .272 average, and some decent contact work. He's a very problematic Philly sports figure, but if he's hitting well and proving his worth, he can stick around. I just wish some of our other choices for CF had held out first.

I mean, we also have a more sensible hero in Ronald Torreyes, who also homered last night for the first time since he was the backup for the Yanks in 2017. Look, between Tauchman, Rob Refsnyder, Nick Solak and Mason Williams, this has been an INSANE year for former Yankee farmhands/backups. Toe is hot in Philly right now, and I could not be happier. Bamboo Brad is also hot, more power to him. Rhys Hoskins has been consistent for most of the month, and if Cutch and Bohm rise above replacement level then we'll really have a story. But for now...we've just got fun kooky utility guys coming in the clutch. Which is fine.

The Phils still could fight back, but it's not looking good at all, and with the Braves beginning to gain ground and the Mets unable to be stopped...we may be looking at another year in third. How thrilling.

Coming Tonight- A burly New Englander that throws smoke for a midwestern contender.