Always Be Closing: The New Standard for Firemen 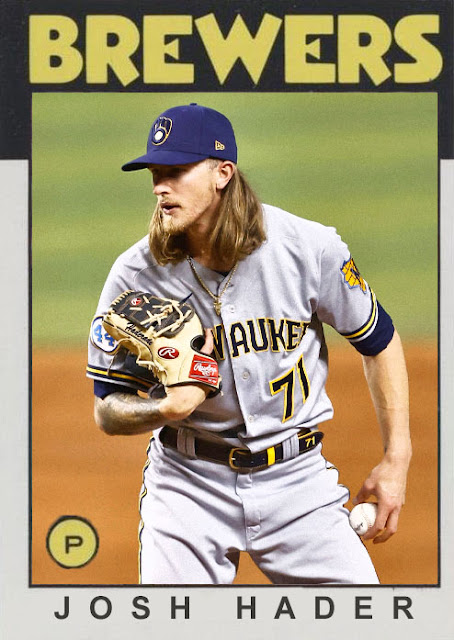 So far, a lot of the relievers who've excelled in the ninth have been from the 'old guard' of closers. People who came to prominence in the 2010s and kept collecting ninth inning gigs almost automatically. People like Aroldis Chapman, Craig Kimbrel and Kenley Jansen are having great seasons, and Mark Melancon, though he did have to fight to win back the ninth at one point, is leading the league with 21 saves.

So where does that leave the sort of 'new-wave' of nasty, 100+ closers who've started getting big in 2017? Well...they're a little harder to find now. The whole group of late-2010s flamethrower closers, like Jordan Hicks, Edwin Diaz, Nick Anderson and Raisel Iglesias, are struggling this year. Even some other recent favorites like Taylor Rogers, Brad Hand and Daniel Bard are dealing with diminishing returns. It's seeming more and more difficult to find a perennial mega-closer out of the group that debuted in the last five or so years.

Which is why the Brewers must be very thankful that Josh Hader has succeeded as much as he has. Four years into his 9th inning dominance and he's amassed 80 saves, 2 ASG appearances, and a career 2.31 ERA, AND he's completely distanced himself from all the offensive crap he tweeted out 10 years ago.

Hader so far in 2021 has been seasonably impressive, with 3 wins, 18 saves, 50 strikeouts and only 2 earned runs allowed. This is coming off of a season where he led the league in saves, despite a noticeably higher ERA. It's become clear that Hader has proven himself a trusted ninth inning man with no real danger of having the job taken away from him, and is on a team that can reward him enough for his efforts. The Brewers are vying for first against the Cubs, who also have a great closer right now, and are getting the most out of Hader in those tight big-game situations. He's yet to blow a save, he's yet to really let the Brewers down, and he's still definitely in his prime.

But how sad is it that Josh Hader, being a 5-year veteran who seems set up to be a closer for the foreseeable future, seems like such a rarity right now? There's lots of closers who are having great seasons, like Alex Reyes, Tyler Rogers, Emmanuel Clase and Yimi Garcia, but the way their teams are working, I'm not sure if they're guaranteed ninth inning jobs even next year. The way of the closer is that the job is given to the person who can succeed most at a given moment, and for lots of closers, that moment passes quickly. Trevor Rosenthal was looking like a closer who could keep at it for years, then lost the ninth inning gig, got it again in KC and now is injured. Nothing is ever set in stone for relief pitchers.

So Josh Hader may be the last of the old school, perennial closing pitchers. And I hope his career is as consistent and solid as it has been to this point.