The Kraken Can Wait 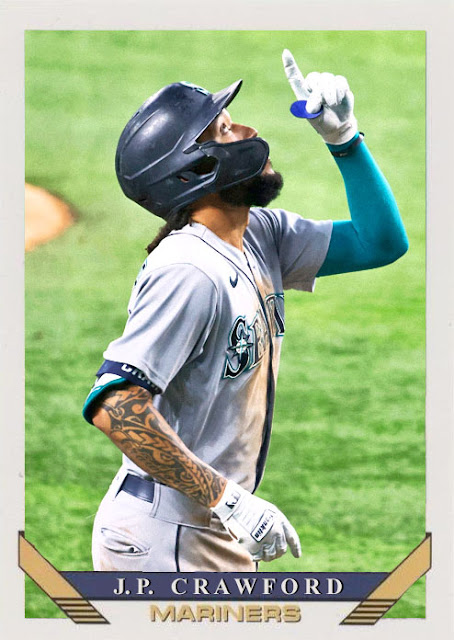 Okay. Back with the M's. This is funny, because my Mariners fan uncle is coming down this weekend, and my oh my he's had a rough stretch of it. So many joyous Aprils, so many depressing Mays. But at the very least, right now they are over .500, and have some impressive developments a-brewing.

For instance. Luis Torrens. What the heck happened here? Back in May, all of Seattle was going 'DEMOTE HIM. DFA HIM. RID US OF HIS PRESENCE', he sits in Tacoma for a month, comes back and suddenly starts hitting like crazy. He's had like 5 homers in the last 7 games. He's slowly taking the catching gig back from Tom Murphy, and adding another surefire to the slowly-building Mariners lineup.

You know who else finally showed up after years of ghosting the Ms? Jake Fraley. Yeah, remember him? Pundits pegged Fraley as the Opening Day starter in the outfield for the Mariners, then all of the sudden injuries and inefficiency happened and Jose Marmolejos got the gig. Fraley has struggled in any recent MLB call-up, which makes his recent success all the more sweeter. The guy's his 18 RBIs in 27 games, has 5 homers, and is beginning to beef his average past .250. It took a bit, but Jake Fraley might be what the Mariners needed after all [sorry, Jarred].

And the other surprise has been Jake Bauers, who was DFA'd by Cleveland after 3 seasons of refusing to hit for average, then picked up by the Mariners to cover for the injured Evan White. Bauers has been sharp in 14 games, with a .314 average and 6 RBIs. Considering how anemic he's been for the Tribe, I'm not sure where this came from, but I'm hoping it persists.

Otherwise, the same tentpoles are carrying this team. J.P. Crawford is an All-Star, let's make that clear, and is having his best season to date. Kyle Seager, Ty France and Mitch Haniger are still valuable bats, even if the latter could feasibly be traded this year. Yusei Kikuchi and Chris Flexen are having great seasons on the mound, Kendall Graveman has become a great relief piece, this team is still capable of winning games, even against teams like the White Sox.

This may not be a wholly competitive team, but they're certainly not a last place team. And I guess we'll take that.

Coming Tomorrow- One of the last bastions of the competitive era in Colorado, potentially in his last month of playing there.