Cubs Win [Just Not Against the Mets] 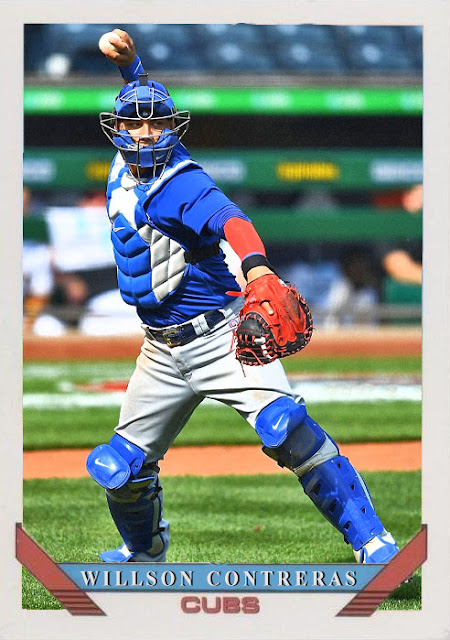 It's really hard to sell a point about how the Cubs are doing great things right now when it's been undercut by a recent 3-game blow courtesy of the New York Mets.

And it's not just a series win by the Mets, it's a series win by the Mets with only 3 innings of Jacob DeGrom. Remember those SNL Superfans sketches, where George Wendt would throw out hypotheticals about Bulls games, and I think at one point, Farley predicted like 250-ta zip, "and Jordan will be limited to 100 points". That's this scenario. Losing 3 games to the Mets, and DeGrom is limited to 3 innings of shutout, PERFECT baseball.

At the very least, last night had a bit more of traditional Cubs 1st place baseball, like Javier Baez hitting a home run and Kyle Hendricks pitching some solid work. Because, a lot like the Giants, the veterans are raising this team. Bryant, Contreras, Rizzo, Baez, Hendricks and Arrieta are lifting this team the most, and are still coming off like their old selves. Contreras may not be a surefire All Star this year due to some really tight competition, but he's still playing really well, with 11 homers and 26 RBIs.

Plus, Bryant's still having a career year, Kimbrel's having a return to form in the ninth, and...this, eh, this Patrick Wisdom kid's been on a tear. I didn't make a custom of him yet because I'm still not sure he's for real, and for all we know he could be cooked by the next time I have to write about the Cubs, but this 9 homers in 22 games business is huge, man. For him to hop out of the woodwork now and start playing like a mammoth, that's definitely a guy the Cubs will take.

However, this series with the Mets has leveled them with the Milwaukee Brewers, whose hot streak has persisted in this period. They're also trailed by 2 games by the Cincinnati Reds, who have also been insanely hot recently, and by 3 games by the still-relevant St. Louis Cardinals. So they picked the exact wrong week to get nailed by the Mets. It's not something that really puts them too far back as a competitor, but now they're gonna really need to fight to keep the Brewers from retaking 1st, because Milwaukee has been red-hot recently and could easily run the board the rest of the year.

So I'm cautiously hoping for the good luck to continue for the Cubs. This is a tough division, and a tough stretch, but I still want good things to happen to this team.

Coming Tomorrow- I have given a new name to my pain. David Freese, Matt Carpenter and Jose Bautista are officially off the hook.